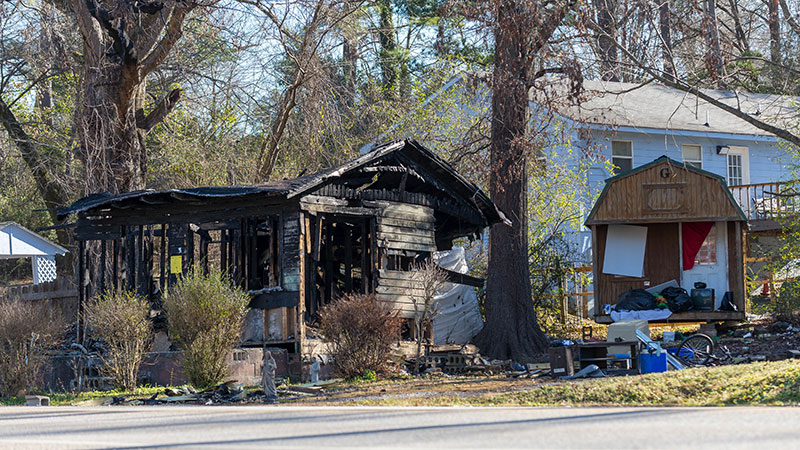 ALABASTER – An abandoned, burned-out home in a high-visibility area off Shelby County 11 may soon be coming down, after the city’s Housing Abatement Board recommended it be torn down and passed the decision along to the Shelby County.

During their Jan. 22 meeting, Alabaster City Council members voted to set a public hearing for Feb. 12 to hear feedback on tearing down a structure at 574 Simmsville Road. The council likely will vote on the matter the same night.

The home, which fronts Shelby County 11 across from Mount Olive Baptist Church, was heavily damaged by fire several months ago, was declared a total loss and has been vacant since the fire.

During a recent meeting, the Housing Abatement Board recommended the structure be torn down after the property owners did not comply with requests to demolish the structure themselves.

“It is abandoned, and the property owner does not live in the area, so it has been recommended for demolition by the Abatement Board,” said Ward 1 Councilwoman Sophie Martin.

If the City Council votes to accept the Housing Abatement Board’s recommendation, the city will cover the cost of tearing down the structure, and will then place the cost as a lien against the property. The lien must be repaid before the property can be sold in the future.

The City Council’s Feb. 12 meeting will begin at 7 p.m. at Alabaster City Hall.