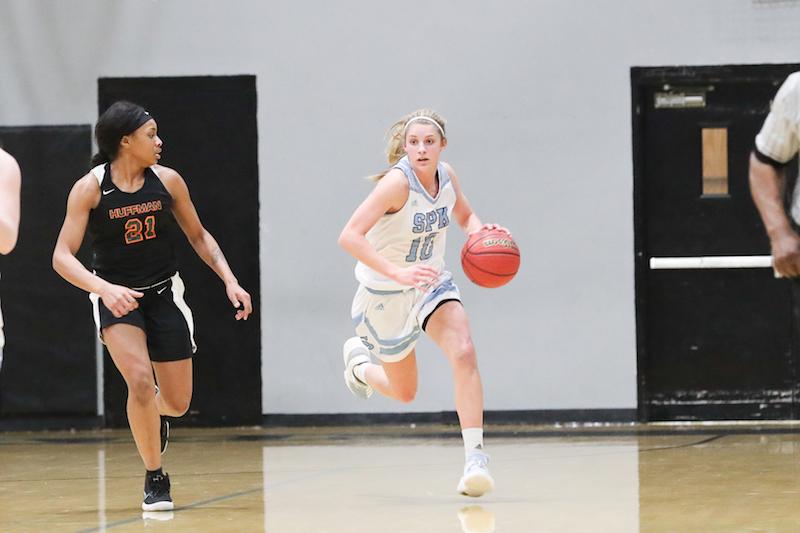 Spain Park came in as the highest ranked team in the latest ASWA standings at No. 7 in Class 7A. (For the Reporter/Dawn Harrison)

One team fell out of the most recent ASWA basketball standings, while three others remained ranked.

Victim of the weather and canceled games, the Westminster Knights well out of the 1A top 10, but remain a legitimate threat to make it back to the Final 4 this season, and possibly even win the 1A state championship after an extremely difficult schedule early in the season.

The three teams that remained ranked, however, were the Spain Park Jaguars, Montevallo Bulldogs and Shelby County Wildcats, as those three continue to make waves with their level of dominance on the court.

Spain Park continues its historical season by dominating opponents and looking like the team that made a run to the state championship game last season.

Since the start of the postseason last year, the Jaguars have won 27 of 32 games and sit at 23-4 this season, which is currently good enough for the No. 2 spot in the 7A standings.

They sit just behind Hoover at No. 1, who is 24-1 this year and beat the Jags in overtime of the title game last season. The top two teams will meet in the final game of the regular season on Friday, Feb. 2, at Hoover High School.

Spain Park can also finish perfect in area play for the second consecutive year with a win over Mountain Brook on the road on Friday, Jan. 26.

So far this season, SPHS has beaten three 7A top-10 teams and lost all four games to two different teams—Ramsay and Hazel Green—both of who are in the 6A top three.

The Montevallo Bulldogs were the county’s next highest ranked team coming in at No. 6 in the 3A standings.

Siting at 20-3 on the season, Montevallo has one of the best records in the state, but the 3A classification makes moving up difficult.

With five teams having 20 wins and three losses or less, the 3A classification in girls basketball might be the most difficult class in the state this season.

The 5A and 7A classifications both have four teams with at least 20 wins and no more than four losses, but that’s the closest to the dominance that elite 3A teams have shown.

What that means is the Bulldogs will have to prove their worth in the postseason that they are worthy of being the classification’s best team.

The Shelby County Wildcats are having an incredible season and currently sit at 17-3 this year, which currently has them ranked No. 10 in the 5A standings.

The Wildcats have beaten Chilton County, 69-59, and lost to Saint James, 46-44, since the last rankings were released.

Shelby County is in a battle with Briarwood for the Class 5A, Area 8 championship as both teams sit undefeated in area play with games against each other on Jan. 26 and Jan. 29.