Lions have athletic roster for 2018 season 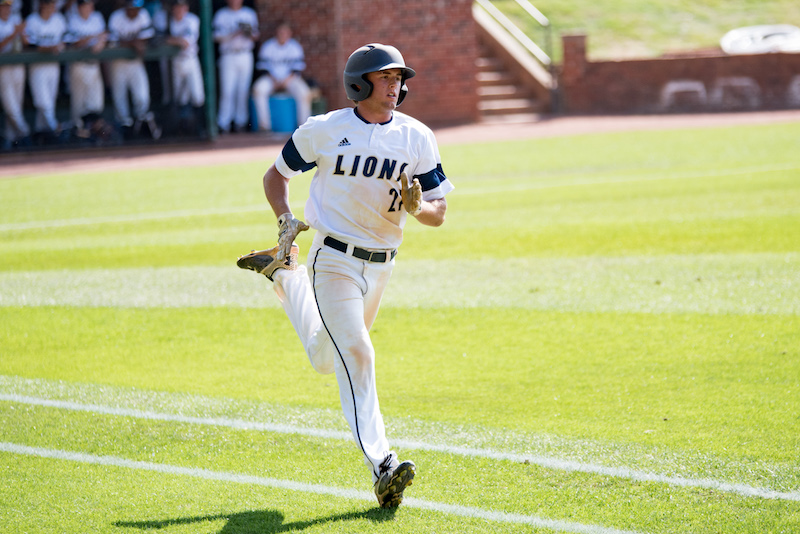 Briarwood will be replacing a lot of talent on its 2018 baseball team, but several athletic returnees are poised to take the lead for the team this season. (File)

On April, 29, 2017, the Briarwood Christian Lions baseball team lost its rubber matchup with Faith Academy in the second round of the AHSAA playoffs.

It pitted against each other the top two teams in the standings for most of the season as many people exclaimed their displeasure that the two were playing much too early in the playoffs, in a game that many believe featured the state’s two best teams.

Heading into the 2018 season, which kicks off on Feb. 19 against the Vincent Yellow Jackets, that is the furthest thing from head coach Steve Renfroe’s or his players’ minds.

“Last year is last year,” Renfroe said short and simply. “It was a fun series, but it’s time to move on to the next season.”

He said a big reason this year’s Briarwood squad will be able to put the past in the past easily is because of the amount of replacing they have to do on the roster.

It’s a team that will lose its 3-4-5-6-and-7 hitters in the batting rotation from last year’s bunch.

“This is going to be a totally different team,” Renfroe said. “Just a while different team, but our mentality doesn’t change much at all. We really like our group of guys and can’t wait to see what they can put together.”

Strickland was Shelby County’s co-player of the year in 2017 after posting an ERA of .61 and a record of 9-1 with 81 strikeouts for the season.

Steadman, an outfielder, was a monster at the plate that the Lions are going to miss desperately this season after batting .402 for the season with 35 RBIs and 41 hits.

“Having to replace 60-70 percent of our offense and 60-70 perceont on mound is going to be a challenge, but that’s going to make it fun,” Renfore said with a chuckle. “We have a lot of work to do in three weeks with the guys coming up.”

Renfroe admitted that some freshmen may have to step in and that the next couple of weeks are going to spent trying guys out at different spots to see what works best.

A few guys cemented into their roles, however, are some strong returnees that will lead this team. Carson Eddy, Michael Hiers, Hudson Hartsfield, Sam Hammner, Noah Whatley and J.R. Tran-Reno are all guys that Renfroe and the coaching staff are excited to have back this season.

All of those guys have one thing in common, a spot on the Lions’ football team as well, something Renfroe loves.

“Those guys have been through it all,” he said. “Anytime you play for coach (Fred) Yancey and the coaches he has, then you know they’re well prepared on how to compete. That translates to us because they’ve been in pressure moments. So now it’s just getting them some more experience out here.”

Renfroe added that Hiers and Eddy as well as others are primed for a big year, but he really likes what those two can step up and do at the plate, and added that Hamner will also be much better at the plate.

One guy not suiting up this season will be senior Gabriel Russell, who dominated for the Lions’ football team from the linebacker position. Russell tore a labrum, which has caused him to miss his final season.

“He was really coming along and we were so excited about him and now he’s gone,” Renfroe said. “He was going to be the guy to replace power and he’s gone. It makes me sad.”

Renfroe knows that he will have several young guys, but is excited about a difficult schedule that features teams like McAdory, Oak Mountain, Chelsea, Hewitt-Trussville and Mountain Brook, saying it will help the team improve as the season goes along.

“We’re just a lot of unknown right now, but I like our guys,” he said. “We’ll figure it out and mature as the season goes along thanks to a difficult schedule, and should be especially improved by area play.”