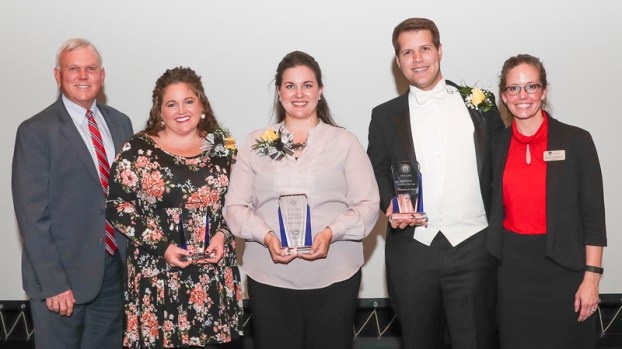 NORTH SHELBY – SK Hutchings developed a passion for Medieval literature while in college and is now inspiring middle school students in that subject and others.

“It was a pretty easy decision to become a teacher when I figured out what I liked about Medieval literature, which was teaching it. It was more specifically the moment of connection between the reader and the text, that ‘aha’ moment, which cemented teaching for me,” said Hutchings, who considered a career as a college professor. “I did not want to spend my time writing and researching as a professor. I wanted the in-class interaction with students. It’s one way I knew the professor route wasn’t really for me.”

Hutchings grew up in the Oak Mountain community, graduating from Pelham High School in 2001 then attending Birmingham-Southern College.

Hutchings played volleyball at Pelham then coached at Pelham Middle School while attending BSC. This experience with middle school-aged children was important when she decided to teach at OMMS 11 years ago.

Hutchings earned her bachelor’s degree in literature at Birmingham-Southern then earned a master’s degree in education from the University of Montevallo.

She coached volleyball her first five years at OMMS but has since focused on other efforts, including the Leadership Team and Battle of the Books, which is a district-wide competition

She said the most important lesson she has learned as a teacher is how to give students the opportunity to take control of their learning, including allowing them to work in groups and to make decisions about topics for projects.

“If they don’t care what they’re writing about, why would their writing be any good?” Hutchings said.

Among her proudest accomplishments are situations where a student has needed more than what the traditional classroom could offer, with a student teacher in the classroom allowing her time to focus on those special needs.

Hutchings is working toward National Board Certification, a recognition that only about 2,000 teachers in Alabama have attained and that is so grueling that SCS provides a support group for teachers going through the process.

“It means I’m doing right by my kids,” said Hutchings, who was given the opportunity to seek certification through a $2,000 grant by the school’s Parent Teacher Organization.

The analysis of Hutchings’ teaching includes a test, video of her leading the class, submissions of her responses to student work and student data.

Hutchings will find out in December if she passed.

Hutchings was recognized as the Middle School Teacher of the Year during a program at Oak Mountain High School on Dec. 4, 2017.

Each fall, Oak Mountain Middle teachers are asked to vote for five nominees from within the school to be put in the running for SCS Middle School Teacher of the Year.

Hutchings was announced as having the most votes at an assembly by Vicki Jackson, the previous year’s Middle School Teacher of the Year who Hutchings considers a mentor.