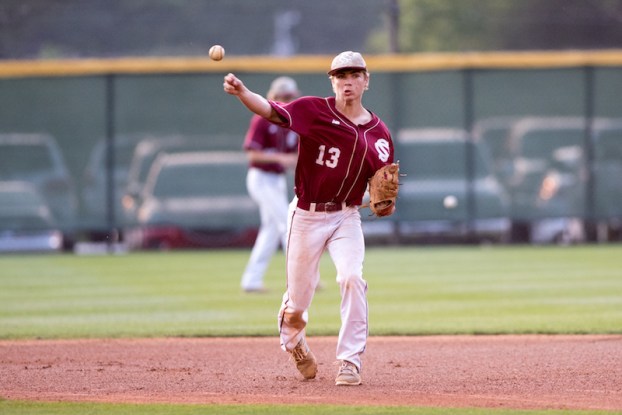 The Shelby County baseball team will be young again in 2018, but this team is boiling with confidence and is primed for a playoff berth. (File)

COLUMBIANA – How can a team feel extremely confident coming off a 10-15 season on the baseball field? They pick up seven more wins than they did the season before and bring back a loaded roster of talent.

That’s exactly what the Shelby County Wildcats baseball team has on its plate in 2018 as they prepare to hit the diamond in less than a month to kick off the season.

It’s a team that features just three seniors and one junior with freshmen and sophomores galore filling out the rest of the roster.

While that seems like the recipe for a team in full rebuild mode, it’s the complete opposite. Instead, almost every one of those young guys, as well as the four upperclassmen, have all played at the varsity level and gotten loads of experience over the last two years.

“We’ll still be a young team this year,” head coach Jeremiah Parker said ahead of his third season at the helm. “But experience wise we have more guys that have played at the varsity level. The last couple of years the guys just haven’t had that experience.”

One of those young players is sophomore Austin Harris, who will be starting his second year at the varsity level.

Harris plays pitcher, third base and catcher for the Wildcats.

“The experience last year helped me out a lot,” Harris said. “We don’t have to start out fresh and have experience against some of the best baseball teams.”

One of his teammates, senior leader Jordan Deaver, also spoke highly of the sophomore.

“Austin is going to be so much better than he was last year and he was pretty good last year with it being his first year on varsity,” Deaver said. “That’s what this entire team is experiencing. Last year we had just 50 innings coming back, but now we have over 100 innings back this year.”

It’s confidence in his young teammates that has Deaver excited for his senior season.

“I think we’re going to have a really good year this year,” Deaver said. “We still have a lot of young guys, but they’re going to continue growing more than they already have.”

That confidence from Deaver carries on to others like Ethan Carter, who should be the team’s leading pitcher this season.

While the team won’t blow others away with its bats or offensive explosion, the defense and pitching they field will keep them in every game.

“I’m real big about defense and pitching working together,” Parker said. “If the defense is good, it’s going to make the pitchers look better and feel more confident.”

Shelby County sits in an area that features the Briarwood Lions, who will be a state championship contender yet again, but this team’s confidence is boiling over because they know they can compete against the best with what they will put on the field.

The game that sticks out from last year was a matchup with Pleasant Grove where they trailed 11-3 at one point. In a game that Deaver and Parker both brought up, the Wildcats were able to storm back to tie the game, before losing by one run.

While the game ended in a loss, it told them the team that they can compete against anyone and to never give up, something they have carried into this season.

“Last year proved that we could compete against anyone,” Parker said. “We play a difficult schedule and feel like we will be in every game this season.”

Parker added that this year’s team could win 15-16 games and will be in most every game that they compete in giving them a chance at more wins and the ultimate goal of making it to the playoffs.

The Wildcats will kick off the season against Pelham and Pinson Valley on Monday, Feb. 19.

By ALEC ETHEREDGE | Sports Editor With a shelled look of disbelief on his face and clear disappointment, Michael Hiers... read more