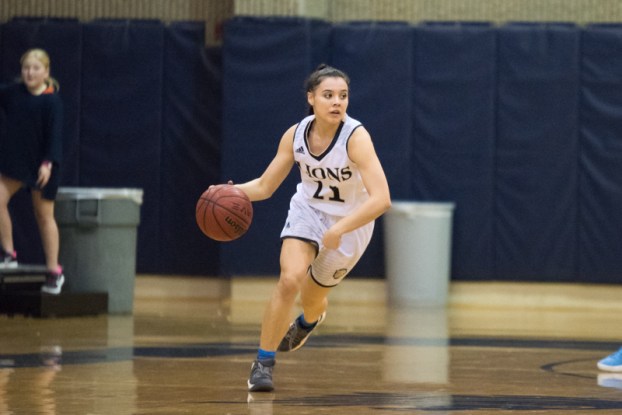 With several teams competing in their final regular season area game of the year, Friday night, Jan. 26, was an important one for the makeup of area tournaments coming up the week of Feb. 5.

It led to some compelling matchups and exciting finishes among several important girls games. Below is a recap from all of the action.

Winless in area play, Oak Mountain was looking to salvage one area win in their final regular season area game and it showed as they battled against No. 5 Huffman.

It led to an overtime game as the two ended regulation tied at 36-36, but Huffman was able to outscore the Eagles 8-4 in the extra period to pick up the win.

Oak Mountain fell to 13-10 on the season and sits at 0-6 in area play after competing against three top 10 teams throughout the duration of area play, but the Eagles still have their chance in the area tournament.

Thompson’s girls had been playing well in recent weeks, but in a game with area foe Tuscaloosa County, the Warriors fell by a final of 56-47 to make the area very interesting.

With Hoover undefeated and set to host the area tournament and Vestavia struggling in all facets, the battle for who will advance to regionals in that second spot next to the Bucs is going to most likely come down to a matchup between these two in the first round of the area tournament.

Pelham bounced back from its tough back-to-back losses to Chelsea and Shelby County with a hard fought 44-40 win over Chilton County.

The Panthers were led by Jamila Wilson with 26 points, while Kaylyn Tomlinson added 14 as those two combined for 40 of Pelham’s 44 points. Pelham improved to 7-17 with the win.

Briarwood made a statement on Friday night by taking down No. 10 Shelby County 52-33. It marked a matchup of undefeated teams in area play, but the Lions made it known that while the Wildcats may have been the favorite to win the area coming into the season, they now have the upper hand.

Now at 5-0 on the season in area play, the two will meet again on Monday, Jan. 29, with the regular season area championship on the line. Should the Lions win then they will win the crown outright, but if the Wildcats (4-1) win then it will go to a coin flip to determine the champion.

Montevallo picked up its 22nd win of the season by taking down county rival Calera 65-40 on Friday night. The Bulldogs held a slim 17-14 lead after the first quarter, but outscored the Eagles 40-19 over the next two quarters to run away with the win.

Calera fell to 14-11 with the loss, but has already completed area play with a 5-1 record.

Montevallo was led by Lauryn Hill with 26 points, while Takila Hill had 18 points and Alasha Reed had 12 points to give the Bulldogs three in double figures.

The Eagles were led by Sarah Goodwin with 11 points and A.B. Davis with 10 points.

Vincent lost its final area game of the regular season by a final score of 57-40 to Ranburne to finish 2-2 in area play heading into the area tournament. It’s a mark that has them primed for a run at a spot in regionals.

The Yellow Jackets had three players score in double figures with Zhari Posey’s 15 points leading the way. Behind her were Aniya Norwood with 13 points and Makayla Cohill with 10 points.