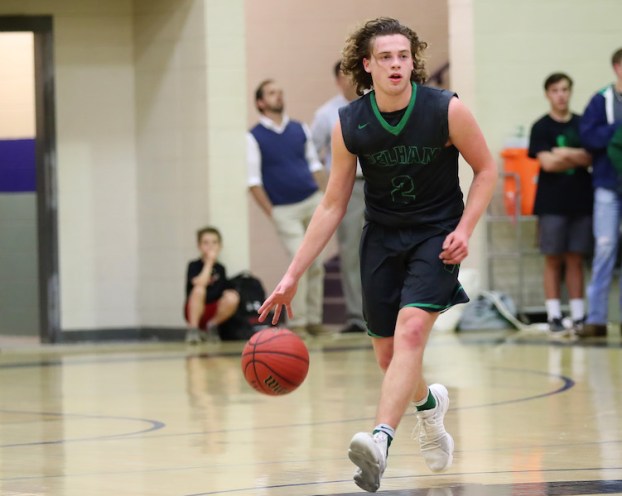 Several tams wrapped up area play on Friday night, Jan. 26, while others picked up momentum wins or continued successful runs. The recap from all of the action is below.

Oak Mountain finished area play 2-4 after falling 66-49 to Huffman in their final regular season area game of the year. They were able to beat Spain Park twice this season and competed in a few tough games with the top two teams in the state in Mountain Brook and Huffman.

Once the regular season ends, the Eagles will take the three seed into the area tournament the week of Feb. 5 where they will matchup with one of those top two teams again needing an upset to keep their season alive.

With the area championship on the line, Helena and Chelsea were locked in a battle, but some late defensive pressure made up for shooting woes as the Huskies picked up their 25th win of the season by a final score of 41-36.

Graham Brooks will have the full story.

After starting 1-3, the Calera Eagles have turned into the county’s hottest team alongside the Spain Park girls and Helena boys thanks to wins in 19 of their last 20 games and seven in a row after taking down rival Montevallo on Friday night.

The win pushed them to 20-4 on the season as they already sit at a perfect 6-0 in area play poised to host the area tournament. Calera also recently jumped into a very difficult 5A top 10 by grabbing the No. 7 spot in the poll.

Pelham used 27 first-quarter points to spark a strong 64-34 win over Chilton County on Friday as the team continued showing its improvement.

A big reason for those quick 27 points was due to Justin Allison posting 13 points in the opening quarter as the senior found his stroke from beyond the arc with three 3-pointers in the period.

The Panthers scored 13 additional points in the second quarter and limited Chilton County to just 13 points in the first half to give themselves a 40-13 lead at the break—a lead that was never threatened again.

Allison led the Panthers with 20 points, while also posting three steals and two rebounds. But more importantly, Chris Brown, who has been quiet over the last couple of games, stepped up to score 18 points and post seven rebounds in the win. It’s a stat line that should give him confidence moving into the area tournament against Chelsea with their season on the line.

Pelham is now 8-14 overall and once the regular season concludes, they will take on the Hornets in the first round of the area tournament looking to advance in the postseason.

It was a little bit closer than the Lions probably wanted it to be, but thanks to 14 points from Michael Hiers, Briarwood was able to take down the Shelby County for its third area win of the season.

It was the first of two matchups between the two teams as they’ll meet again on Monday, Jan. 29. Briarwood, now 11-8 overall, will have a chance to finish 4-2 in regular season area play with the win.

The Vincent Yellow Jackets capped off area play with a 56-34 win over Ranburne on Friday night to finish a perfect 4-0 in the area. With the victory, the Jackets now get the reward of hosting the area tournament the week of Feb. 5 and have clinched a spot in Sub-Regionals.

Vincent was led by Malik Hamilton with 16 points in the win, while Chris Hardie and Stanley Cooper both added 12 points. The Yellow Jackets moved to 19-5 overall on the season as they sit at No. 2 in the Class 2A rankings.