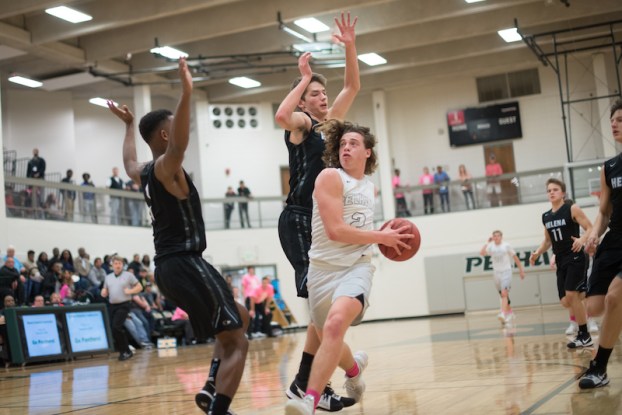 Pelham was able to pull off its second consecutive win by at least 16 points after taking down Opelika 59-43 in a matinee matchup on Monday, Jan. 29. (File)

PELHAM – The Pelham Panthers welcomed Opelika to their home floor on Monday, Jan. 29, in an early-afternoon matinee matchup on the hardwood at Pelham High School.

Despite finishing winless in Class 6A Area 8, Pelham has hit its stride over the last four games to start playing some of its best basketball heading into the 2018 area tournament.

Those strides continued to become bigger against Opelika as the Panthers got double-figure scoring from both Justin Allison and Chris Brown, something that is a must to be successful, in a 59-43 win over the Bulldogs.

Since losing to Helena and Chelsea by a combined five points in back-to-back games to close out regular-season play in the area, the Panthers have strung together two consecutive wins by a combined 49 points.

Allison and Brown showed from the start of the game they would be a tough matchup for the Bulldogs as they combined for all 12 of Pelham’s first-quarter points.

Each player made two jumpers and two free throws for six points in the opening eight minutes of action.

The Bulldogs also had three players step up early as Trey Boone, Jaylin Cummins and Jordan Heard combined for eight of Opelika’s 11 points in the first quarter to keep the deficit manageable.

Over the next two quarters, Pelham outscored the Bulldogs 34-13 to completely change the course of the game.

Starting in the second period, the Panthers were able to post 16 points and limit Opelika to just nine.

The reason was the combined effort of several different players. In as balanced of a quarter as Pelham will have, four different players out of seven on the roster were able to put up at least two points, led by Brown’s six in the quarter as he posted all 12 points by the half.

The balanced attack led to the Panthers taking a 28-20 lead into the halftime break.

It got even worse for the Bulldogs coming out of the locker room as Allison finally started heating up to put the clamp down. He posted 10 points in the period, while a total of four players scored for the second consecutive quarter to propel Pelham to 18 points in the frame.

While the offense continued finding success, the defense played one of its best quarters this season by limiting Opelika to just two made baskets and four points.

All of that success for Pelham combined to give the Panthers a 46-24 lead heading into the final quarter.

With things out of reach, Josh Lacey took advantage of some extra opportunities in the fourth quarter by scoring eight points. While Opelika posted 19 points to Pelham’s 13, it wasn’t nearly enough for a comeback as the Panthers were able to win going away by the final of 59-43.

By GRAHAM BROOKS / Staff Writer CHELSEA–After blowing out Chelsea by more than 24 points four days prior, the Helena... read more