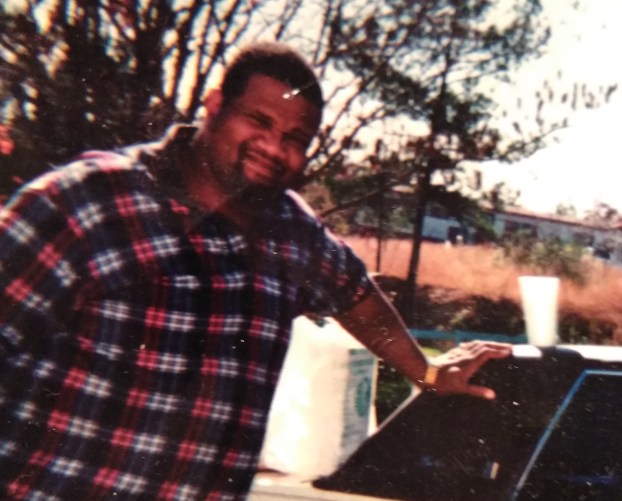 The family of Willie Earl "Bo" Bedford were devastated after he was killed in 2001. Recently, Cold Case Squad members conducted new searches and interviews, and were able to uncover potential new suspects and evidence. (Contributed)

COLUMBIANA – Despite him having been gone for 16 years, authorities and the family of Willie Earl “Bo” Bedford have not stopped searching for answers regarding his 2001 murder.

Investigator Jim Dormuth said this was one of the first cases that the Shelby County Cold Case Squad began working on when it formed in 2008.

Bedford’s body was found slumped over the steering wheel of his vehicle on the side of Horton Farm Road, just outside of the Columbiana city limits, on Dec. 22, 2001. According to members of the Cold Case Squad, Bedford died as the result of a single gunshot wound and had been dead on the side of the road for about four hours before he was found. An autopsy was later performed by the Alabama Department of Forensic Sciences.

Bedford’s sister, Lula Johnson, said she and other family members were devastated at the news of his death. She said Bedford, a Columbiana resident, had worked odd jobs around town and had developed a reputation as a good-natured person and a hard worker.

“It’s been hard. We don’t have any closure. It is still affecting all of us,” Johnson said. “He was a really kindhearted person. He liked to help people. He would give you the shirt off of his back.”

“He did odd jobs, including masonry work and building decks,” Dormuth said. “He did have a reputation for drugs, but the people who knew him and that he did work for spoke well of him. Nobody ever complained of any bad business transactions. From what we have gathered, he seemed like he was always willing to help people.”

Since his death, Dormuth said they have interviewed “well over” 100 people and conducted multiple searches, which recently led them to several new items that could potentially serve as new evidence.

“The items recovered from the searches, as well as the original evidence, are either being examined for the first time or it’s all being re-examined,” Dormuth said. “That’s because of the recent advances in technology with DNA. We expect that there may be some additional evidence coming from the original and following material.”

Because of the tests that were performed, Dormuth said the Cold Case Squad has been able to identify new suspects. Based on the new developments in the case, Dormuth said investigators now believe that multiple suspects played a role in Bedford’s murder, and Bedford most likely knew them all personally.

“More than one of those suspects talked to other people about how Bedford was killed,” Dormuth said. “Some of the people that the suspect spoke to are now cooperating with law enforcement.”

Despite the fact that Bedford was well liked in the community, Dormuth said Bedford was also known by law enforcement to be involved with selling drugs, primarily crack cocaine. However, Dormuth said investigators have found evidence that other factors may have been involved.

“We believe that there are other issues involved besides a drug transaction, but we can’t discuss those,” Dormuth said.

Both Dormuth and Johnson also confirmed that Bedford was convicted of and served prison time for murder when he was a teenager in the early 1970s, but do not believe it is related to the case.

“It was many years before this,” Dormuth said. “We have no reason to believe that this offense that he was involved with earlier in his life had anything to do with this.

Johnson and Dormuth said the family and the authorities have been working together for over a decade to bring justice to Bedford’s killer, who is still believed to be in the local area.

“We have talked to the family periodically over the years, and they have been extremely cooperative,” Dormuth said. “They have provided us with as much information as they have available, and they have filled in some blanks about Bo Bedford’s life and some of his activities around the general time frame of when he died. They too are very hopeful that, at some point, they’ll get resolution to this.”

“If we could find out who did it and why, it would help us find closure,” Johnson said.

Dormuth said others in the local area may have additional knowledge of the details surrounding the crime that have not been released to the press.

“There are other people who have knowledge of the events prior to, during and after Bedford’s death,” Dormuth said. “We strongly encourage those people to contact us and tell us what they know, so that they’re not placed in jeopardy for knowingly participating in Bedford’s death or a cover-up of it.”

Johnson suggested that some of those people may have remained silent over the years out of fear of retaliation.

Anyone who has additional information about Bedford’s homicide is encouraged to immediately contact the Shelby County Sheriff’s Office by calling 669-4181. Anonymous tips can also be left online at Shelbyso.com. The Alabama Governor’s Office issued a $5,000 reward for information leading to the arrest of the person responsible, which stands today.

Dormuth said he and other investigators are confident that, one day, Bedford’s case will be resolved.

“The case is slowly moving forward, and it’s going to take time to resolve it. We can’t say specifically how long,” Dormuth said. “I believe, at some point, this will be resolved.”