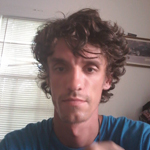 Maxim Voronetsky, 32, has been charged with two counts of unlawful breaking and entering a motor vehicle by the SCSO and unlawful use of a credit/debit card by the JCSO.

The charges are felonies.

Voronetsky, who has aliases of Luke Voronetsky and Luke Alexander Frakes, would face bond of at least $21,000.

Voronetsky is described as standing 5’2” and weighing 112 pounds with brown hair and brown eyes.

His whereabouts are unknown, but he is believed to be in the Birmingham-Hoover metro area.

He also has ties to the Madison/Huntsville area and may have a warrant with the Madison Police Department.

Crime Stoppers of Metro Alabama can also be contacted at 254-7777 or CrimeStoppersMetroAL.com, and an anonymous tip leading to an arrest could be eligible for a cash reward.