Springs junior to participate in Commission on the Status of Women

INDIAN SPRINGS VILLAGE – In March, Indian Springs School junior and longtime Girl Scout Sarah Niles Simmons will participate in the 2018 Commission on the Status of Women at the United Nations Headquarters in New York. 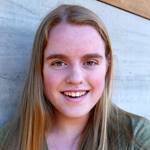 The Commission, meeting for its 62nd session, has worked historically to foster a global awareness of women’s issues and to change discriminatory legislation. Its representatives assisted in drafting the Universal Declaration of Rights in 1948 and have since passed several other international agreements on marriage, employment, work compensation, and voting laws.

The 2018 session will focus on the challenges of achieving gender equality and the empowerment of women and girls in rural communities. There will be a secondary discussion on improving women’s access to news media and technology.

Simmons, a Scout since the first grade, was selected to represent the Girl Scouts of North Central Alabama at the session through an application process requiring essays, letters of recommendation, and an interview.

She will be one of only 12 Girl Scouts nationwide to attend.

“When I realized how small the group of representatives was, it really meant a lot to me that they respected my voice enough to send me—to put me on a platform where I will be able to listen and talk to people who are really changing the world,” Simmons said.

Participating in the session will be an invaluable learning experience for Simmons, who has already begun researching the topics for discussion. However, her voice and the voices of other young girls in attendance will also be invaluable to the Commission in global decision-making.

“We’re not just going to sit in the room—we’re actually going to have a conversation and express our ideas,” Simmons said. “I think sometimes this is forgotten on a global scale, but youth have ideas that can change the world too.”

After high school, Simmons plans to pursue a career in engineering. She says being a member of the Girl Scouts of America, which encourages women to explore and pursue STEM careers, fostered her interest in the subject.

“Girl Scouts has helped me decide where it’s appropriate to discern womanhood, and where it isn’t,” she said. “I don’t really want to be a female engineer—I just want to be an engineer.”

Simmons joined Indian Springs as an eighth grader. She currently serves as an officer and stage manager for the Concert Choir, as secretary of the Spanish Club, and as a member of the Debate Team.