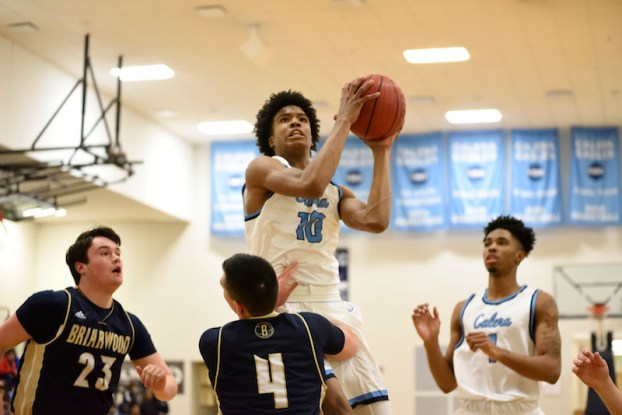 Cornelius Brown IV had a game-high 13 points in Calera's 60-34 win over Briarwood on Tuesday, Jan. 30. (For the Reporter/Larry Dancy)

CALERA – Thanks to 57 points through the first three quarters, the Calera Eagles were able to continue rolling on Tuesday, Jan. 30, when they took down visiting Briarwood Christian School by a final score of 60-34 to pick up their 21st win in the last 22 games.

The Eagles got points from nine different players in the win, while three of those eight finished the game in double figures.

It equated to another strong offensive outburst for Calera in the game, starting in the first quarter.

While the Eagles scored their lowest point total of the first three quarters in the opening eight minutes of the contest, they still posted 13 points, which was more than enough to take a strong early lead.

The length of the athletic Calera team caused all sorts of problems for Briarwood’s offense in the first quarter as they managed just one 3-pointer and two free throws for five points, which gave the Eagles a 13-5 advantage at the end of the quarter.

An up-tempo game broke out in the second quarter as the two teams combined for 34 points in the period.

Thanks to six different scorers in the quarter, Calera was able to post 19 more points for its second best quarter of the game.

The effort from Briarwood’s Zac Nuyt in the frame kept the Lions in the game as he posted seven of his team’s 15 points. The Eagles, however, were still able to extend the lead to 32-20 at the half.

Already having the upper hand in the contest, Calera laid the hammer down coming out of the locker room in the third quarter. 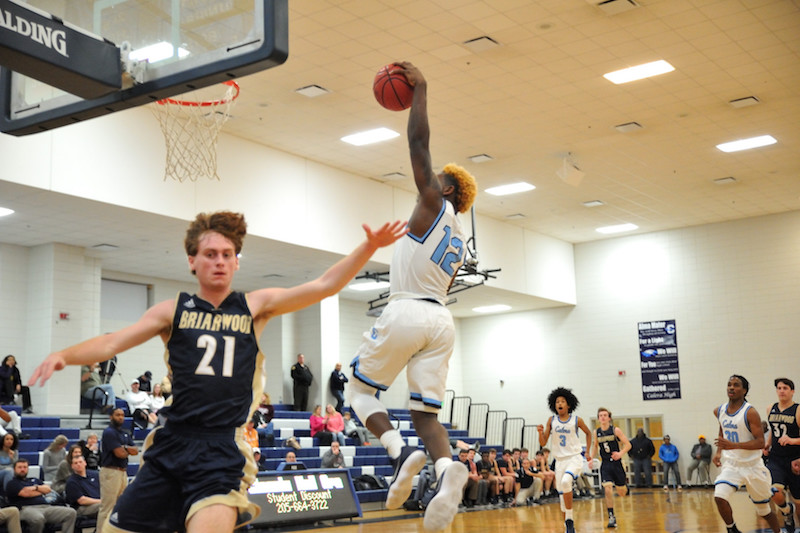 The defense limited Briarwood to seven points in the period, but the offense was the real bright spot.

Cornelius Brown IV was a big reason why as he caught fire to score 11 of his game-high 13 points in the quarter. His effort along with five other scorers in the frame led to 25 points for Calera as they busted open a 57-27 lead heading to the final quarter.

The Lions offense was held to less than 10 points for the third quarter in the game during the final eight minutes of action, which led to the 60-34 final score.

Aside from Brown’s 13 points, C.J. Smith added 12 points and Tyler Millin posted 10 to give Calera three scorers in double figures.

Both teams will compete in the first round of their area tournaments on Tuesday, Feb. 6. Briarwood will take on Moody at Sylacauga, while Calera will host Jemison—a team they have handled easily both times this year.

By ALEC ETHEREDGE | Sports Editor CHELSEA – Despite a slow start in the opening quarter, Oak Mountain’s defense was... read more