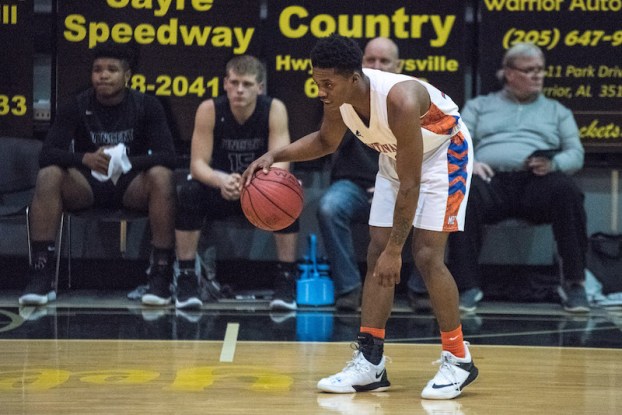 Montevallo's boys basketball team picked up a win to close out area play, while the girls lost on a last-second shot. (File)

MONTEVALLO – Montevallo’s boys basketball team picked up an important area win over Prattville Christian on Tuesday, Jan. 30, to finish 3-3 in area play; while the girls were locked in a battle with the same opponent and ended up dropping a 46-45 decision thanks to a last-second shot.

The boys were able to use another strong fourth quarter as they have gotten accustomed to doing to lift themselves to a 48-43 win on their home floor.

In the first quarter of the game, the Bulldogs (11-13) were able to create a back-and-forth game, but ended up trailing 11-10 at the end of the quarter.

Head coach Greg Dickinson got his players to focus more on the defensive end in the second quarter, which led to them limiting Prattville to just six points in the period, while the Bulldogs were able to post their second highest quarter total of the game with 13 points.

The strong effort led to Montevallo taking a 23-17 lead into the half.

However, coming out of the halftime break, the Bulldogs took a step backwards on the offensive side of the ball. They were only able to put up five points in the quarter, while Prattville posted 13 to storm right back in front with a 29-28 lead heading to the final quarter.

The Bulldogs got hot again in the final period and dropped 20 points and outscored Prattville 20-14 to steal away the win by the final score of 48-43.

Jamarcus Green led the effort with 20 points, six rebounds and six assists. Daqwan Bryant added 15 points to give those two 35 of Montevallo’s 48 points.

The Lady Bulldogs were forced to play without starter Takila Hill and bench contributor Keneria Rutledge in their matchup due to the flu, but it didn’t keep Montevallo from a valiant effort.

Alasha Reed, Lauren Lilly and Kayleon Lamar each stepped up to help Montevallo battle in a tight battle that went down to the final seconds.

Montevallo took a 16-14 lead into at the end of the first quarter, before Prattville came back to knot things up at 24-24 heading into the half.

The tight battle continued into the third quarter as Prattville outscored the Bulldogs by one point in the period to take a 35-34 lead into the final quarter.

Montevallo was able to take the lead back in the final quarter and led with just over eight seconds left, before Rachel Stephenson hit a 3-pointer with eight seconds remaining to push Prattville in front for the win.

Reed led the way for the Bulldogs with 15 points, while Lilly and Lamar added 14 and 11 points, respectively.

With the boys’ victory, the Bulldogs were able to grab the two seed in their area tournament, which will take place at Prattville Christian Academy starting on Wednesday, Feb. 7.

Should the boys win their first-round matchup with Southside-Selma, they’ll also advance to Sub-Regionals as well as the area tournament title game on Friday, Feb. 9.

FROM STAFF REPORTS BIRMINGHAM – The 73rd U.S. Women’s Open Championship at Shoal Creek will team up with the Greater... read more