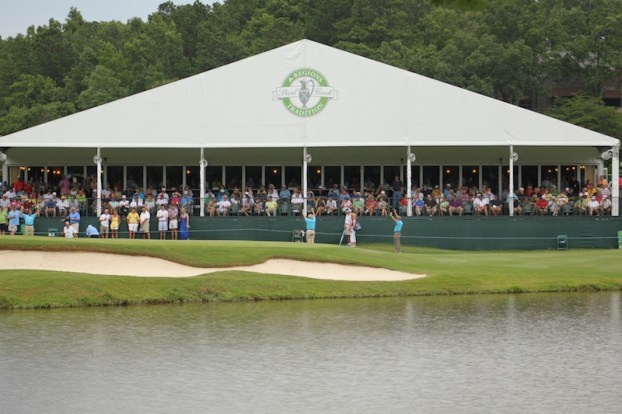 The 2018 U.S. Women's Open presented by the USGA will take place May 28 through June 3 at Shoal Creek Golf Club. (File)

BIRMINGHAM – The 73rd U.S. Women’s Open Championship at Shoal Creek will team up with the Greater Birmingham Convention & Visitors Bureau on regional ticketing and volunteer promotional efforts. Conducted by the USGA, the championship will be held May 28-June 3, 2018.

“It’s our pleasure to join the USGA in promoting the U.S. Women’s Open Championship in our community,” said J. John Oros, Jr., Birmingham CVB president and CEO. “Guest experiences are our primary focus, and we intend to make return visitors out of first-time guests. The U.S. Women’s Open underscores Birmingham’s ability to host sporting events of the highest caliber. The city is an established domestic golfing destination and is emerging in international markets as well.”

The U.S. Women’s Open Championship is the ultimate test of golf for the best female players in the world. Hosted at iconic venues nationwide, 2018 marks the first time a U.S. Women’s Open will be staged in Alabama, and the sixth USGA championship to be contested in the state.

Upgraded Championship and Eagles Nest ticket packages are on sale now at Uswomensopen.com. Opportunities to participate in the 73rd U.S. Women’s Open as a volunteer, from scorers to course marshals, greeters to ball-position laser operators, can also be found at Uswomensopen.com.

By ALEC ETHEREDGE | Sports Editor CALERA – Thanks to 57 points through the first three quarters, the Calera Eagles... read more