Alabaster to recoup cost on tearing down ‘Blue House’ 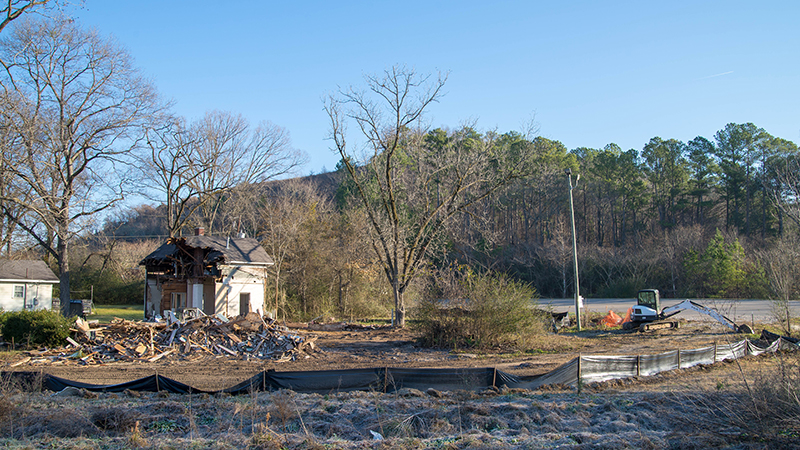 Crews work in late December 2017 to tear down the vacant former "Blue House" property off Alabama 119. The city likely will attach a lien on the now-cleared property to recoup the cost of demolition. (File)

ALABASTER – The Alabaster City Council likely will place a lien on a recently cleared piece of property off Alabama 119 to allow the city to recoup the cost it incurred when it recently tore down the abandoned former “Blue House” on the land.

During a Jan. 22 meeting, council members said it cost the city about $13,456 to have the property cleared in late December 2017 after the council approved a demolition bid from the Birmingham-based Gray’s Roofing and Tree Service company in early December.

In November 2017, the council voted to accept a recommendation from the city’s Housing Abatement Board to demolish the former Blue House building near Thompson Sixth Grade Center.

Because the city covered the price of the demolition, it likely will attach the cost as a lien against the property. The lien will have to be paid off if the property is sold in the future.

The council will set a date for a public hearing and voting on the lien during its Feb. 12 meeting.

The restaurant has been closed for several years, and the building was vacant and had fallen into disrepair before it was torn down.

In 2017, the CDA sold several acres on Alabama 119 across from the former Blue House to a developer, which currently is working to construct a Hardee’s restaurant there.