Calera moves up, Helena and Vincent No. 2 in last poll of season 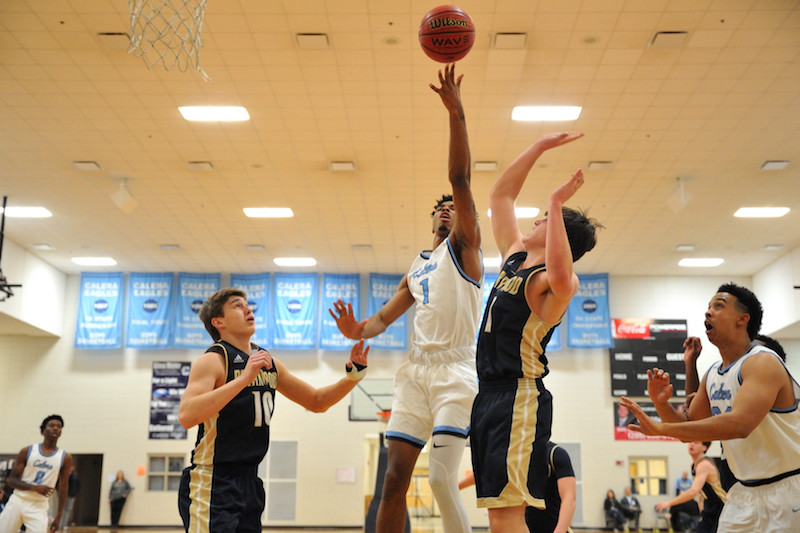 The Calera boys basketball team finished the season ranked inside the 6A top 10, while Vincent and Helena were both ranked No. 2 in their respective classifications. (File)

With area play now officially complete and area tournaments starting the week of Feb. 5, the basketball season is coming to an abrupt and sad end with just a few weeks remaining until the best teams emerge in the Final Four at the Birmingham Jefferson Civic Complex.

With the end of the regular season came the final ASWA basketball rankings of the year and three teams sit firmly inside the top 10 of their respective classification to end the season as one of the 10 best teams in their class.

Calera, Helena and Vincent were all able to find a spot as the Huskies and Yellow Jackets held steady at No. 2 to end the season, while Calera, who jumped into the poll for the first time last week, moved up one spot from No. 7 to No. 6 to end the year.

While all three teams have been on fire this season, specifically in the second half after losing in the Jefferson-Shelby Hoops Classic, but the Calera Eagles have quite possibly been the hottest team in the state.

Calera’s only loss in those last 22 games came to the 6A No. 2 Helena Huskies in the Jefferson-Shelby Hoops Classic, but since that point, they have won 10 consecutive games to close out the regular season.

Helena has continued its successful season as well. After losing in the championship game of that same tournament where they took down the Eagles, the Huskies have bounced back with nine consecutive wins for the third time this season.

The team started 9-0 before losing its first game, then won nine more in a row before losing again. Now the Huskies have won nine in a row again and have one more regular season game with Oak Mountain on Friday, Feb. 2, to see if they can break the trend.

Helena has already clinched a spot in the Sub-Regional round of the playoffs after finishing a perfect 4-0 in their three-team area. Now sitting at 27-2 on the season, they are No. 2 in the 6A standings and behind Carver-Montgomery with a record of 21-7.

For the second consecutive weeks, like the Huskies, the Vincent Yellow Jackets found the No. 2 ranking in the 2A classification, a spot they will finish the season in.

Sitting at 21-5 and 4-0 in a three-team area, the Yellow Jackets have also clinched a spot in the Sub-Regional round of the playoffs, but will look to bring home the area-tournament championship first.

Combined in the last week, those three ranked teams are a combined 10-0 as they look to be strong contenders to bring home a championship in their respective classifications.