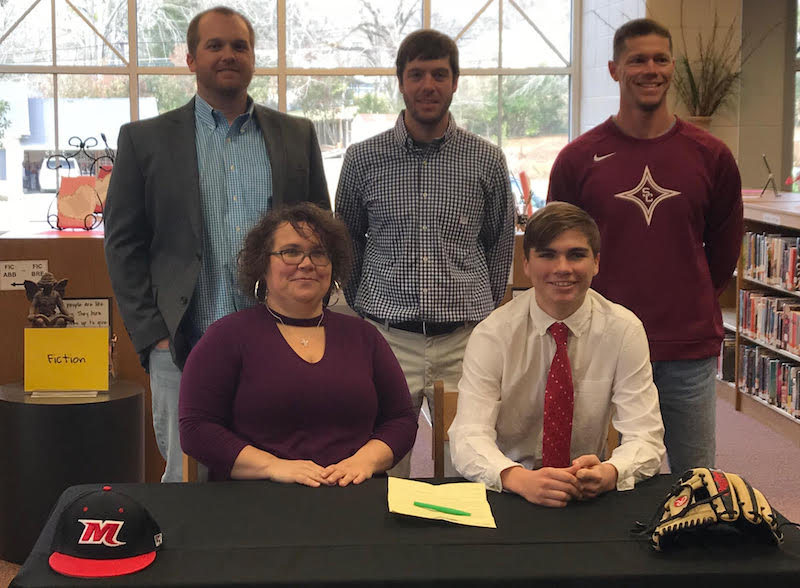 COLUMBIANA – Jordan Deaver is one of just three seniors returning to the Shelby County baseball team during the spring of 2018, but before he takes to the field as one of the Wildcats’ leaders on the diamond, the established player had some other business to attend to.

“It’s awesome,” Deaver said of the opportunity to continue playing the game he loves. “It’s still hard to believe that I’m going to be a college athlete next year. My dad told me on the phone the other day ‘It’s hard talking to you right now because my baby boy is going off to college.’”

Deaver went on to say all of the hard work is finally paying off and he can’t stop now that he’s finally reached the goal he’s had since he was a young boy.

That hard work Deaver spoke of was proven on the field during his junior season with Shelby County as he helped the Wildcats improve from three wins to 10 wins.

As a junior, Deaver held a batting average of .370 at the plate, while accounting for 18 RBIs, 16 runs scored, 27 hits and 15 stolen bases. He also held a fielding percentage of .831 for the season as head coach Jeremiah Parker called him one of the best defensive players on the team.

While last year’s stats were impressive and next year he’ll be playing at the next level, Deaver isn’t looking back or ahead, instead he’s focused on what he can do this year to help the Wildcats’ program continue to grow and get better.

“We need to show the young guys how to act this year because we won’t be here next year and there will only be one senior then,” Deaver said of stepping up to help his young team grow and become as good as they can be. “We just need to be role models for them this season and get the young guys prepared for what’s to come.”

Despite being one of just three seniors on the team and a young squad surrounding him with just one junior, Deaver feels confident that this year’s team will be a tough one to beat.

“I think we’re going to have really good year this year,” Deaver said. “I’m excited for it because we have a lot of young guys again, but most of them played last year too, which means we should continue improving even as this season goes along.”

With it being his last season in the Shelby County baseball uniform, Deaver is hoping to help lead this team to its first postseason game since 2009.

“We expect a playoff berth this year,” he said. “It would be really important for me in my last year to help this team get that done.”

Whether or not that happens, Deaver said he is extremely confident in what’s in store for the future program and he just hopes to continue helping them build before he has to leave.