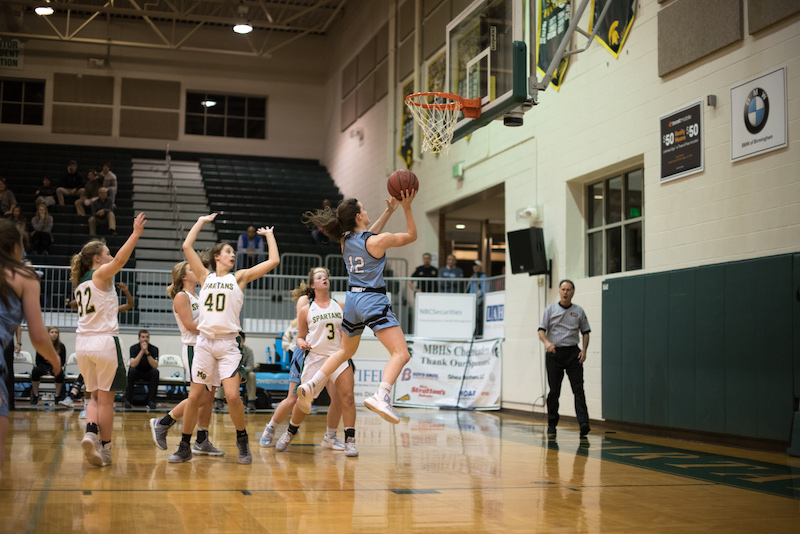 Spain Park's girls basketball team came in at No. 2 in the final ASWA poll of the 2017-18 basketball season. (Reporter photo/Keith McCoy)

It’s been a very consistent season of ranked girls basketball teams as the same four teams have been found in the ASWA basketball rankings each week.

Now that the regular season has come to an end and area tournaments are set to kick, the final rankings of the season were released and those same four teams were found in the most recent poll.

While only three of the four were top 10 teams in the final rankings of the season, the fourth was at least nominated for a spot after an incredible season.

Spain Park has been the clear front runner of all county teams this season as they look to get back to the state championship game for the second consecutive season.

The Jaguars ended the season No. 2 in Class 7A, one spot behind the Hoover Bucs who beat them in the 2017 state championship. The two will play each other on Friday, Feb. 2, in their final regular season game of the season and what could be a future state championship matchup.

SPHS currently sits at 25-5 overall on the season and finished a perfect 6-0 in an area that features two other top 10 teams in Huffman and Mountain Brook.

With a win over Oak Mountain on Wednesday, Feb. 7, the Jags will advance to Jacksonville State University for a Regional round matchup in the playoffs.

The second most consistent team this season has been the Montevallo Bulldogs. The girls have posted an overall record of 22-4 this season and finished area play 5-1, which was good enough to grab the No. 7 spot in the 3A classification’s final top 10 of the year.

Montevallo has gone 2-1 since the last rankings losing 46-45 to Prattville Christian in the final seconds, and beating Southside-Selma 59-29 and Calera 65-40

Westminster at Oak Mountain was the final team ranked in the last ASWA poll of the season. After falling out the week before, the Knights jumped back in to grab the No. 10 spot in the 1A rankings.

A tough schedule to start the season led to a slow start, but Westminster has picked it up over the final few weeks of the season to win seven straight games. The Knights have gone 3-0 since the last rankings were released.

The only team to fall out of the rankings were the Shelby County Wildcats who were No. 10 in last week’s standings.