Bulldogs run away from Wildcats on Senior Night 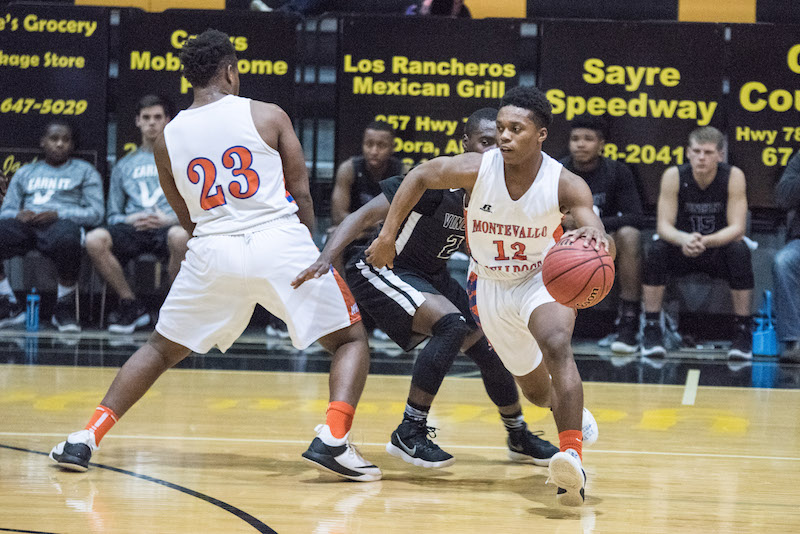 MONTEVALLO – The Montevallo boys basketball team made sure to finish senior night the way it started and sent their seniors out with another home victory over rival Shelby County, 62-45.

It was quite a night for senior Jamarcus Green who led all scorers by a landslide with an astounding 35 points.

Head coach Greg Dickinson was impressed, but not surprised by his senior guard’s performance.

“Jamarcus is one of those special kids where he can create on his own, he can run your system. He makes good decisions, he’s fast, you can’t press him,” Dickinson said. “Tonight he led us and put us on his back, but he’s the team captain so it’s what we expect of him.”

Green was absolutely unconscious for the first quarter of play scoring 15 of the Bulldogs’ 21 points, including three bombs in a row from long range.

Fellow senior sniper Daqwan Bryant also hit a couple from beyond the arc as Montevallo raced out to a 21-7 lead.

The Jamarcus Green show continued in the second quarter even when the rest of the roster went cold. The Wildcats drew within 25-17 midway through the quarter, but Green quickly knifed through the defense for two more quick baskets and Montevallo took a 10-point lead into halftime.

At multiple times throughout the game it seemed as if the other nine players on the court were in slow motion while Green simply glided by them in real time.

As the second half began and another senior rose up to join Green in Joseph Cardoza. The Bulldog’s spark plug was dormant in the first half, but came alive at the right time to help put the game away.

“Joseph is very scrappy and one of the most athletic kids I’ve ever met in my life. When he attacks the basket and looks to be more aggressive on the offensive end he helps us out a lot,” Dickinson said. “His biggest thing is sometimes he doesn’t look to be aggressive. In the second half we told him if we’re going to win he’s going to have to help Jamarcus and Daqwan on the offensive end and that’s what he did tonight.”

Montevallo took a 46-28 lead into the final period, but didn’t let up as Green poured in another six points and four other Bulldogs scored baskets to finish off the win.

“This senior class here is very special. They all play hard, work together, don’t care who’s the leading scorer,” Dickinson said. “They believe in defense and they’re big on family and that’s what I love about this senior class: they all hold each other accountable. Making sure guys are at practice and paying attention, I’m going to miss them more than anything.” 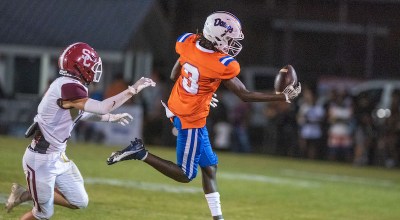