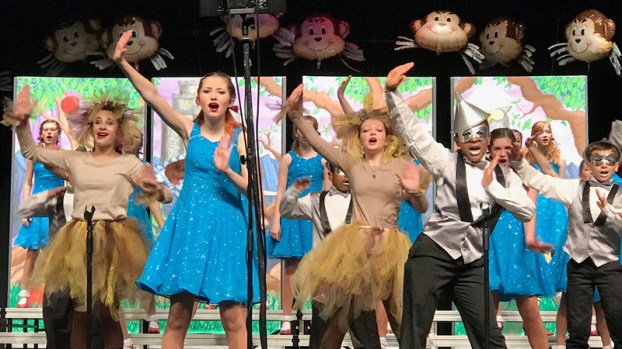 The event is hosted by the Oak Mountain High School choral program, and is produced by OMHS Choral Director Michael Zauchin with the help of OMHS choir boosters.

The event encompasses three divisions including novice, varsity and junior high, with all proceeds going to support the choral program at OMHS.

“This year the OMHS women’s show choir, The Muses, and the OMHS mixed show choir, Singers, will be performing in exhibition in the afternoon between the varsity and junior high divisions, which is something different this year compared to last year,” said Angelia Stewart, OMHS choir booster president.

Stewart said there are 10 middle school show choirs participating in the Invitational this year from both Alabama and Mississippi.

“There will be hundreds of excited middle school students pumped up and ready to compete as well as over a thousand supporters there to cheer on their favorite choir,” Stewart said. “This all-day event is open to the community and we would love for everyone to come out and cheer on all the outstanding middle school show choirs who are participating.”

The competition begins at 9:30 a.m. with the first show choir kicking off the event in the “Novice” division.

After lunch, the Varsity division will begin with the Junior High division following.

Stewart said the competition is scheduled to wrap up around 5:30 p.m. with each division being evaluated by a panel of judges. Then awards are presented to the best performances at the end of the day.

“The audience gets to participate in the judging by voting for their favorite choir with the ‘Peoples Choice Award,’” Stewart said. “All of the shows are fast-paced and very entertaining. It is a fun and exciting experience for the whole family and snacks and lunch can be purchased in the cafeteria throughout the day.”

“Middle school competitions typically get placed on a Friday with the high school competitions occurring on Saturday,” Stewart said. “As a result, parents, friends and family are not able to come out and support the middle school choirs because the competition is during the work day. The schools who participate in the Invitational are really excited to be able to perform and compete at a time when their friends and family can come out to watch and support them on the weekend. It is so much more exciting to perform when you have a great audience cheering you on. Last year was our first year for the Invitational and we were blown away by the response.”

The competition is open to any middle school who would like to participate. If a school would like more information, Stewart suggested contacting Zauchin at MZauchin@shelbyed.org.

The event is “cash only.”

For more details, visit OMHSChoirs.com for the competition schedule.