Spain Park to present ‘Anne of Green Gables’ in February 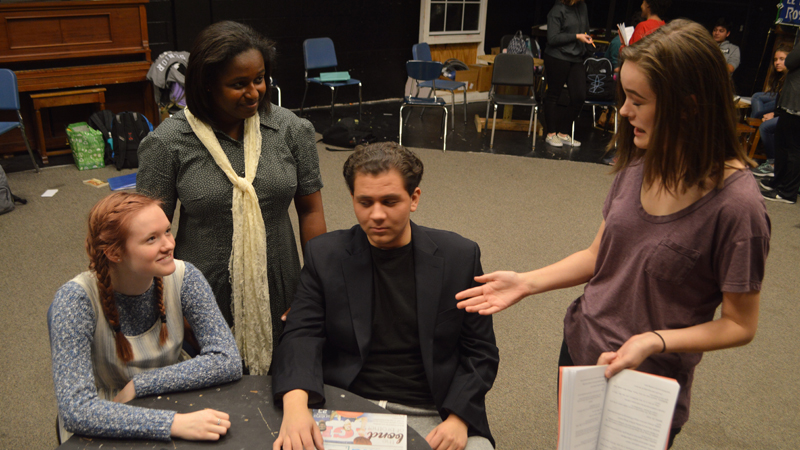 “This is a wonderful story about an orphaned girl finding her place in the world,” Director Eric St. John said. “Anne discovered the difference she can make. It’s a great family-friendly production.”

St. John said he always considered this a book for girls until seeing a Canadian production and falling in love with the story. He said he was in Vermont at Christmas visiting relatives and talked with a Canadian friend who said all Canadian girls want to be like Anne.

“I can understand this now that I have a daughter,” he said. “Anne is clever, funny and a good kid—and redheaded like my daughter.”

The Spain Park production has a double cast with two students portraying Anne: Alexis Luckie, a junior, and Hannah Beth Gosnell, a sophomore.

“Both students are fantastic,” St. John said. “They’ve both acted before in small parts, but this is their first time in leading roles. They’ll be on stage every minute of the play while performing.”

St. John said the cast is currently in intensive rehearsals and will soon move to dress rehearsals.

“We have two productions each semester,” he said. “We have a dinner theatre in September, and we produce a one-act play in November that we take to competition. We also perform this one-act for the school. Our second production this spring will be ‘The Little Mermaid’ in May.”

St. John has been at Spain Park since 2011 and worked at Chelsea High School beforehand. He earned two degrees from The University of Montevallo.