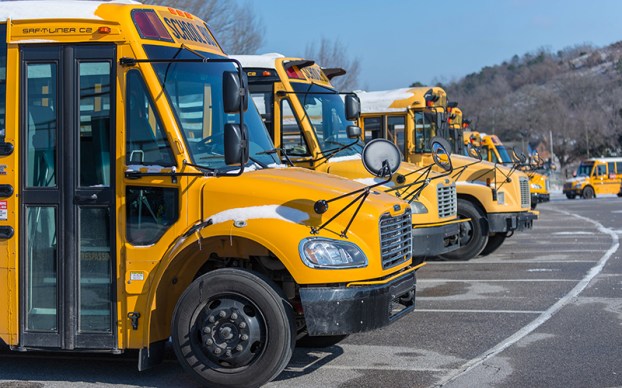 The Alabaster City School System will not be required to make up any of the days it missed due to winter weather in December and January, the school system announced on Feb. 6. (Reporter Photo/Neal Wagner)

ACS not making up any snow days

ALABASTER – Schools in the city will not be required to make up any of the days they missed due to snowfall over the past couple of months, Alabaster City Schools announced on Feb. 6.

ACS students were out of school on Jan. 16 and Jan. 17, and operated on a two-hour delay on Jan. 18 as frigid temperatures and snowfall created hazardous road conditions throughout the county.

However, because Alabama Gov. Kay Ivey declared a state of emergency for the entire state in advance of the an. 16 winter storm, ACS and other local school systems will not be required to make up those missed days.

The Jan. 16-18 period marked the second time local schools were closed as a result of winter weather this school year. On Dec. 8, 2017, schools closed as much of central Alabama was hit with several inches of snow. Because no state of emergency was issued for the Dec. 8, 2017, snowfall, local schools could have been required to make up the missed day this spring.

However, ACS received permission from the state on Feb. 6 to not make up the missed December day.

“We created a school calendar this year that included more than the required number of instructional hours. We had more instructional days on our calendar than surrounding systems,” said ACS Superintendent Dr. Wayne Vickers. “Because of that, we were able to get permission from the state to not make up that December 8 weather day.”

Because the missed January days were included in the governor’s state of emergency, ACS will not be required to alter its original 2017-2018 school year calendar at all, Vickers said.

By NEAL WAGNER / Managing Editor ALABASTER – Two of the city’s departments soon will have a few new... read more