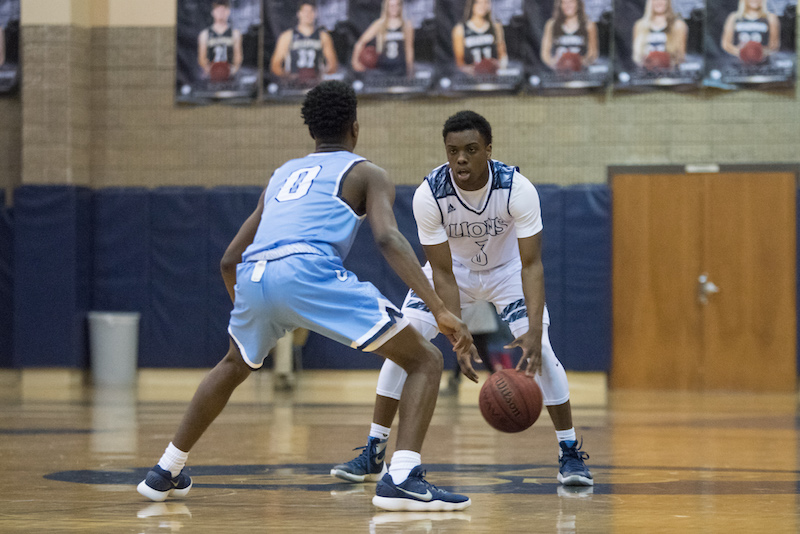 Izaiah Jones led five different Briarwood scorers in double figures by dropping 16 points against Moody in the first round of the area tournament. (File)

SYLACAUGA – For the second consecutive season, the Briarwood Christian School boys’ basketball team will be heading to the postseason after an easy 79-55 win over area foe Moody on Tuesday, Feb. 6, in the first round of the Class 5A, Area 8 tournament.

The win not only propelled them into a matchup with Sylacauga for the area tournament championship, but gave the Lions a spot in the Sub-Regionals of the playoffs for the second year in a row after a 10-year absence prior to the 2016-17 season.

A big reason for the success on Tuesday night was the amount of balance the Lions were able to play with as a jaw-dropping five players scored in double figures in the winning effort.

It started in the first quarter as Briarwood set the net on fire with their hot shooting from the field.

Carson Donnelly, Izaiah Jones and Zac Nuyt all had six or more points in the opening eight minutes of action, which led to the Lions pouring in a dominant 23 points in the first quarter.

The Blue Devils hit six field goals of their own, but that was four less than Briarwood’s 10 baskets in the quarter. The Lions also hit two 3-pointers and a free throw, while Moody didn’t get to the free throw line or hit a 3-pointer in the period.

The strong start put Briarwood out in front 23-12 at the end of the quarter as they had a quick double-digit lead.

Briarwood didn’t slow down on either end of the floor in the second quarter as the posted 22 more points thanks to nine points from Jack Dicen.

Dicen caught fire from beyond the arc as all nine of his points came from deep range on three 3-pointers. His scoring along with the scoring of five other teammates led to the dominant quarter offensively, while they were also able to limit Moody to its lowest scoring quarter of the game with just 11 points.

Briarwood was able to take an insurmountable lead of 45-23 into the halftime break as three players already had nine points or more.

Coming out of the break, the Lions had cooled off a bit as the large lead played a part in the effort during the quarter.

Moody was able to put up 17 points to Briarwood’s 13 in the period thanks to nine points from Talon Files, who posted 19 of his 23 points in the second half.

Briarwood still had a large advantage of 18 points heading to the final eight minutes of the game.

Lions’ head coach Bobby Kerley made the necessary adjustments at the end of the third quarter to get his team’s energy back in the fourth.

It was evident they were playing harder and shooting better as Briarwood poured in 21 points to give them their third quarter of the game with 20-plus points.

Between Michael Hiers and Dicen, the Lions hit four 3-pointers in the quarter to end Moody’s season thanks to a 79-55 win.

Jones ended up as the leading scorer with 16 points in the win, but several were bunched up right behind him. Dicen added 15 points, all of which came on 3-pointers, Hiers had 14, Donnelly had 13 and Nuyt had 11.