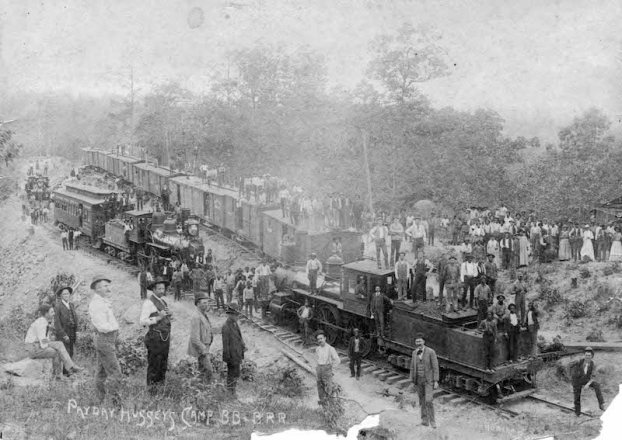 Payday at Hussey’s Camp on the BB&B Railroad. The Brierfield, Blocton and Birmingham Railroad was constructed between 1889-1891 starting at Wilton going north to Maylene and turning west to Gurnee Junction and continuing west across the Cahaba River to Blocton. Shortly after this phase was completed a branch left Gurnee Junction going northeast across the Cahaba River through what is today Turner, Bamford and into Bessemer. This line skirted the western area of modern Helena. This railroad would later be taken over by the Southern Railroad. The exact location of this photo is unknown but could have possibly been taken at Gurnee, location of several coal mines. (Contributed/City of Helena Museum)