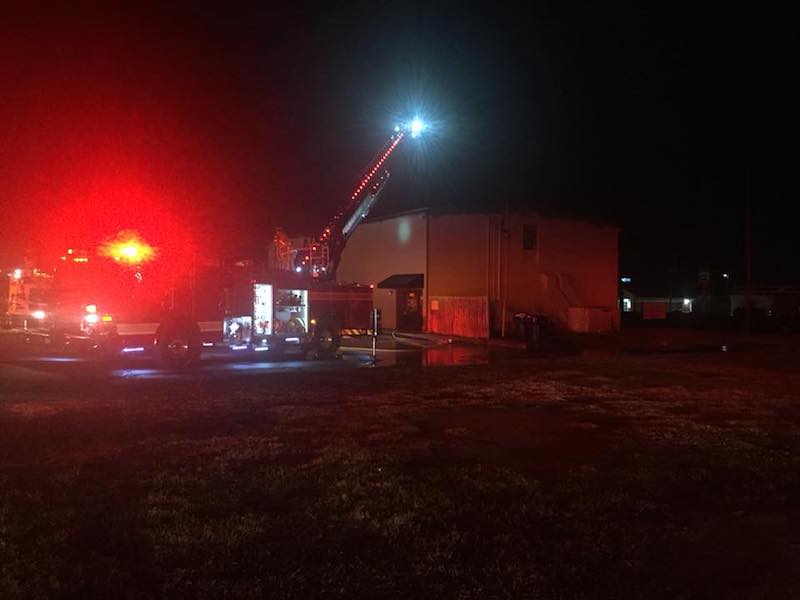 Firefighters work to put out a structure fire that started at around 1 a.m. at the Corky Bell School of Dance in Alabaster. (Contributed)

ALABASTER – Firefighters responded to the scene of a structure fire at the Corky Bell School of Dance at 700 Fourth Place Southwest in Alabaster during the early morning hours of Wednesday, Feb. 7. According to the Alabaster Fire Department, who were assisted by the Montevallo and Pelham fire departments, the fire started at about 1 a.m. and was “quickly extinguished.”

Robin Johnson, who co-owns the dance studio with her mother, Brenda, said the fire rendered the building temporarily uninhabitable.

“We are devastated,” Johnson said. “It’s nearly a complete loss.”

The cause of the fire is currently under investigation by the Alabaster Fire Marshal’s office. At the time of the fire, the building was unoccupied and no deaths or injuries were reported.

During the day, Johnson said about 60-70 kids were in the building at any given time, and she was grateful that no one was inside when the building caught fire.

“We are extremely grateful and blessed that there were no children in the building,” Johnson said. “That’s the silver lining here.”

Johnson said Corky bell owners and staff are currently in the process of cleaning up and salvaging items from the building, while also looking for a space to resume classes as normal. Johnson plans to move the studio back to its original location as soon as possible.

“We plan to stay in that location as soon as it’s rebuilt,” Johnson said. “We take what life hands us and move on.”

According to Alabaster resident Ahsjanae Nelson, the fire also displaced a local church that met at the building. Nelson said Soldiers of the Cross Ministries, along with its pre-kindergarten and after school care programs are also searching for a new location.

Since word spread about the fire, Johnson said members of the community have rallied around Corky Bell in support. Stephanie Fisher Photography of Helena opened her studio to allow students to complete dance recital pictures. Johnson said someone is also in the process of starting a GoFundMe to help Corky Bell recover from its losses.