COLUMBIANA – A Montgomery man was recently taken into custody by the Shelby County Sheriff’s Office on multiple charges involving a Chelsea woman.

John David Blades, 39, who lists an address at Long Needle Place, was arrested at an apartment complex off of U.S. 280 and booked into the Shelby County Jail on Friday, Feb. 2. He was charged with one count of aggravated stalking in the second degree and three counts of violating a family violence act order. Blades’ bond was also revoked for an earlier charge of violating a family violence act. 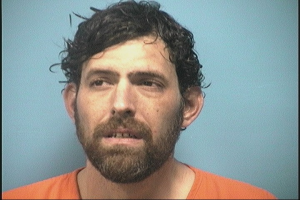 According to his arrest warrants, Blades received the aggravated stalking and violation of family violence act charges after he allegedly “made multiple contacts with the victim,” in January, after the victim had filed two protection from abuse orders against him.

According to one restraining order, which was filed in February 2017, the victim accused Blades of abusing them with “daily threats of physical violence or ‘cutting us off financially’ if I call police or DA.”

Another restraining order, which was filed in July 2017, claimed Blades pushed them down and stole money from them.

Second-degree aggravated stalking is a Class C felony, which could be penalized by up to 10 years in prison. The violation of a family violence act is a Class A misdemeanor, which can carry a prison sentence of up to one year.

As of Wednesday, Feb. 7, Blades remained in the Shelby County Jail on bonds totaling $24,000. Blades’ case was assigned to Shelby County District Court Judge Daniel A. Crowson Jr., and his preliminary hearing is scheduled for March 1.

Rezoning for Pelham schools to be discussed at meeting