HOOVER – A Hoover 16-year-old has been charged as an adult after allegedly attacking two victims with a knife during a drug deal. 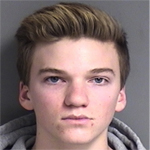 Preston Barker Moore faces two counts of first-degree assault and is being held on $60,000 bond at the Shelby County Jail, according to a release from the Hoover Police Department.

Officers were notified at 8:02 p.m. on Saturday, Feb. 3, that two juvenile male victims had arrived at Grandview Medical Center.

The victims told police they had been stabbed while at a location in the 1000 Block of Inverness Cove Way while participating in a drug transaction, according to HPD.

The suspect allegedly entered the vehicle occupied by the two victims and began attacking them with a knife.

The suspect then chased both victims on foot briefly, but they were able to return to their vehicle and flee the scene.

One male had a severe laceration to his hand, and the other was cut on his elbow and stabbed in his thigh.

The victim with the hand injury was transferred to Children’s Hospital for further treatment while the other was treated and released from Grandview.

Special Victims Unit detectives screened the case with the Shelby County District Attorney’s Office, who charged the suspect as an adult.

Moore was taken into custody on Thursday, Feb. 8, without incident and transported to the Hoover City Jail, then transferred to the Shelby County Jail.

Anyone with information about the case should contact Det. Courtney Pittman at 444-7614.