The trial for a man was is currently serving a prison sentence when he received three additional escape and theft related charges in 2015 is scheduled to begin in April.

According to an order signed by Shelby County District Court Judge William H. Bostick III, Danny Gene Fair, 46, who is currently being held at the St. Clair Correctional Facility in Springville, is set to appear in court to begin his trial on Monday, April 16. 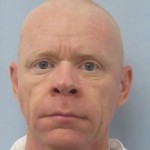 Fair was also ordered to appear in court for a pre-trial docket call on Feb. 27, and again for his plea date on Apr. 3.

Fair was originally arrested in May 2015 by Shelby County Sheriff’s Office deputies and charged with one count of escape in the first degree and two counts of theft of property in the first degree, after he allegedly ran away from the Alabama Therapeutic Education Facility in Columbiana and stole a 2001 Dodge 2500 truck belonging to the Shelby County Board of Education and a 1999 Ford F-250 truck from an individual within a three-day span.

After the SCSO, the Montevallo Police Department, Alabama Game and Fish Conservation Officers and the Department of Corrections canine search team established a perimeter near Alabama 25 and Shelby County 216, Fair was apprehended in Montevallo on May 6, 2015.

At the time of his 2015 arrest, Fair was serving a 33-year prison sentence for theft in the first degree. If convicted of these charges, all of which are Class B felonies, Fair could face up to 20 additional years in prison.