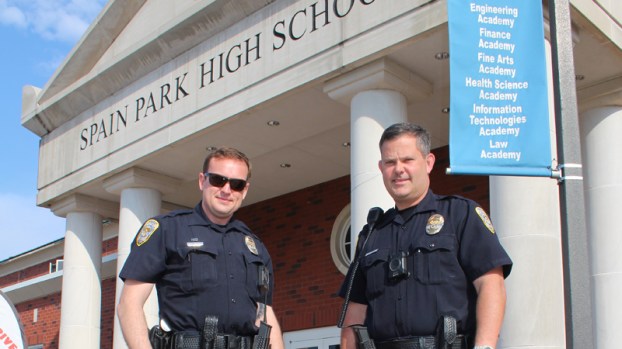 HOOVER – Hoover’s City Council approved the addition of two school resource officer positions, ensuring each school in the district will be constantly staffed by an officer.

The approved resolution calls for spending about $44,000 from the city’s reserves for two part-time officers the remainder of the fiscal year.

Hoover Mayor Frank Brocato said the city’s current budget added three positions, but there still was not “100-percent coverage” at the district’s 16 schools.

“We’ve made every effort in Hoover to make our schools as safe as possible, and I think this council has been very good about adding resources at the schools, particularly our school resource officers,” Brocato said. “In light of the fact of what’s gone on in the past week, we want to walk away comfortable that we have done everything we can in terms of providing SROs in our schools, and this was just a little bit of a hurdle we needed to jump to do that.”

City Manager Allan Rice said that because department heads have been able to cut overtime costs in their departments, there is a chance that the funds for the extra officers will not have to be transferred and instead can be realized within the existing budget.

“Those things mean a lot, but they will not stop an intruder at one of our schools. Only our trained and qualified SROs working in partnership with school district personnel will keep our kids safe.”

The new positions would not only provide for full coverage in schools but allow for a cushion in case an SRO was pulled away from his or her campus.

City officials said there would be more discussions with Police Chief Nick Derzis in preparation for the next fiscal year’s budget, in hopes of maintaining full coverage.

“We do everything we can to keep our schools safe,” Derzis said. “It’s a true partnership.”

Councilman John Lyda questioned the proposal being added to the agenda at the last minute without much information being provided prior to the vote.

Rice said that once city officials determined the measure was feasible, they wanted to bring it up for a vote as soon as possible and acknowledged strong public sentiment on the issue.

Multiple officials and council members said they had been contacted leading up to the meeting about the city’s efforts to ensure school safety.

“I think it is well worth transferring this money for this matter,” Councilman Curt Posey said.

Which school districts have top teachers?

By NEAL WAGNER / Managing Editor Several local school districts have some of the top teachers in the state,... read more