COLUMBIANA – A Chelsea man was recently put behind bars after on two counts of violating the Sex Offender Registration and Notification Act through social media.

Thomas Marshal Jensen, 32, who lists an address on Cole Drive, was arrested by the Shelby County Sheriff’s Office on Friday, Feb. 16, after he allegedly used a Facebook account under the nickname of “Jacc Lightnin” to contact his former victim between Jan. 18 and Feb. 16. 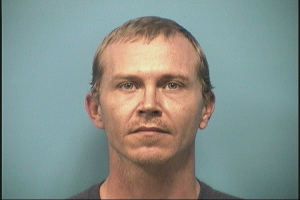 Jensen was convicted of rape in the second degree after he pled guilty to the crime in 2013. One of the conditions of his guilty plea ordered him to avoid initiating any contact with the victim or the victim’s family or property.

A SORNA violation is a Class C felony. If convicted, Jensen could face up to 10 years in prison.

Jensen is currently being held at the Shelby County Jail on bonds totaling $30,000. His case was assigned to Shelby County District Court Judge Daniel A. Crowson Jr., and the date for a preliminary hearing has not been scheduled.