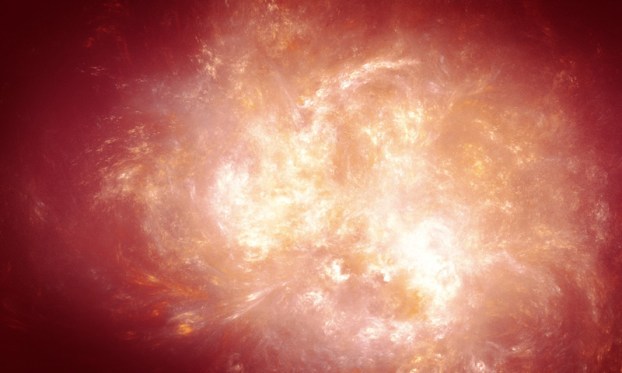 Three separate UFO sightings were reported over Helena, Alabaster and Chelsea in 2017. All three were allegedly spotted later in the year. (File)

Three separate sightings of UFOs have been reported across Shelby County throughout 2017, according to data collected by the National UFO Reporting Center, based in Washington state.

“It’s not proof of anything, but it strongly indicates that we are not alone and we’re regularly being visited,” NUFORC Director Peter Davenport said.

According to a database on the NUFORC’s website, all of the Shelby County sightings allegedly occurred later in the year. Davenport said while many are only interested in sightings in their own area, he encouraged people to research further for patterns and similarities in sightings from all over the world.

“The objects we’re seeing in Shelby County could have been seen in California seconds later,” Davenport said.

The first sighting was reported to have taken place in Helena at around 7 p.m. on Sept. 15, 2017. The anonymous person who submitted a report claimed they saw a single, circular bright light in the sky that they initially thought was an airplane.

“It appeared as though it was an airplane flying overhead toward me. The light was there for about five seconds and then it just disappeared,” the account read. “It was as if it went into a cloud. However, it was evening and there were no clouds in the sky. I kept looking for the ‘plane’ for a couple of minutes, but I never saw it again.”

A second account claimed that a UFO was visible for about three hours over Alabaster at about 11 a.m. on Oct. 20, 2017. The UFO was described as a “bright oval light moving extremely slow.”

“Bright oval light sitting for hours in a spot, but also moving so slow it’s unnoticeable,” the account read. “Started at 8 a.m. witnessed for at least two hours.”

The third and final sighting allegedly occurred over Chelsea at approximately 11:20 a.m. on Nov. 27, 2017. According to the report, the anonymous witness saw two white, cigar-shaped objects flying parallel in the sky “until they disappeared into the sun,” and another similar looking object shortly afterward.

“I thought they looked like missiles, but they were traveling pretty slowly. They disappeared into the sunlight and I didn’t see them after that,” the account read. “About 20 minutes later, I saw a third white cigar-shaped object of similar size in the sky. It was moving until it, too, disappeared after just a couple of minutes. I was certain it was from a plane or helicopter.”

Davenport estimated that, out of 10,000 to 20,000 people who may spot a UFO, only one or two of those ever file an official report.

“What the hesitancy is, God only knows,” Davenport said. “The only way we can do our job is for people who believe they’ve seen an unusual sighting is to report it.”

As of Wednesday, Feb. 21, no UFO sightings had been reported from Shelby County in 2018. For more information about the NUFORC Center or local UFO sightings, visit Nuforc.org or call its hotline at (206) 722-3000.

ALABASTER – DAY Program students spend their days focused on core subjects, but they recently had an opportunity to play... read more