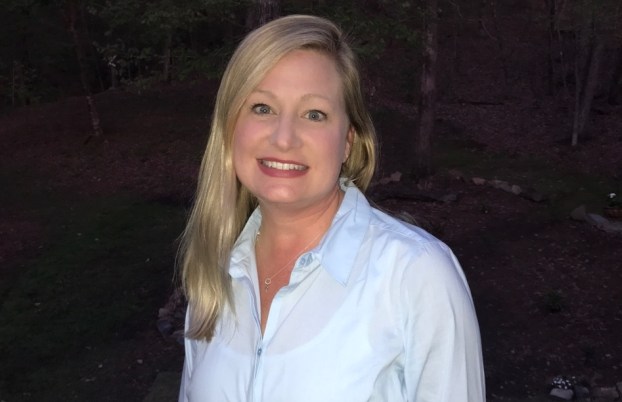 Robin Hollingsworth, principal of Pelham Ridge Elementary, survived a heart attack at the age of 39. (Contributed)

In 2011, Robin Hollingsworth was a rising administrator in Pelham schools, married and a mother to four young children. A heart attack was the last thing on this 39-year-old’s mind.

With February being designated as American Heart Month, Hollingsworth is sharing her story with the hope of raising awareness about cardiovascular diseases and stroke.

On July 17, 2011 Hollingsworth’s life was changed in an instant when she started complaining of chest pain at 4 a.m. Her husband decided quickly to take her to Shelby Baptist Medical Center.

“Thankfully we live close to the hospital so I figured it wouldn’t be a very long drive even though I didn’t want to initially go,” she said.

When Hollingsworth and her husband arrived at the hospital, the staff at Shelby Baptist admitted her to a room in the ER. Her husband left the room to call family to let them know they were at the hospital.

When none of his calls got through to family, Hollingsworth’s husband returned to the room to find her doubled over in pain, complaining of dizziness and then she passed out. Nurses and doctors were called into the room and they discovered that she didn’t have a pulse. She was having a massive heart attack.

“If my husband had gotten through on any of his calls, he wouldn’t have returned to the room as soon as he did,” she said. “If that hadn’t happened, I wouldn’t be here today being able to tell my story.”

Dr. John McBrayer, the cardiologist who treated Hollingsworth that day, said chest pain is a classic sign of a heart attack. Other signs include shortness of breath with minimum exertion, atypical pain normally in the shoulder and cold sweats or sweating.

Beginning at 40 years old, McBrayer said adults should have their lipids assessed to help determine if they are at risk for certain cardiovascular diseases. He also suggested implementing preventative measures, such as regular exercise and avoiding refined sugars and foods rich in cholesterol.

“We can do things ahead of time to prevent heart diseases,” he said. “It’s much better to prevent a problem than to try to treat it once it happens.”

But McBrayer said the type of event Hollingsworth experienced was rare for someone her age. Hollingsworth was suffering from what’s called a SCAD, or a spontaneous coronary artery dissection. It strikes young women who show no symptoms until the day of the actual event.

Hollingsworth’s arterial wall was shredded. She was put into a medically induced coma, and rushed into the catheterization laboratory where McBrayer was on call and performed a procedure to put stents in her artery.

After the surgery, Hollingsworth showed no signs of heart or brain damage. Following 36 hours of being in a coma, she finally came to. After several weeks recovering at the hospital, she saw this as an opportunity at a second chance.

“I knew that I was given a second chance at life, and a chance to share my story about what I experienced so I can save other women from the same fate,” she said. “Not everyone who suffers from a SCAD survives.”

Over the next several years Hollingsworth became a principal at Pelham Ridge Elementary and now shares her story with those at her school.

“The most important thing I can share about this is to know your body and what it’s trying to tell you. It’s important for women, since they don’t always take care of themselves first.”

For information about American Heart Month, go to Heart.org/HEARTORG/.