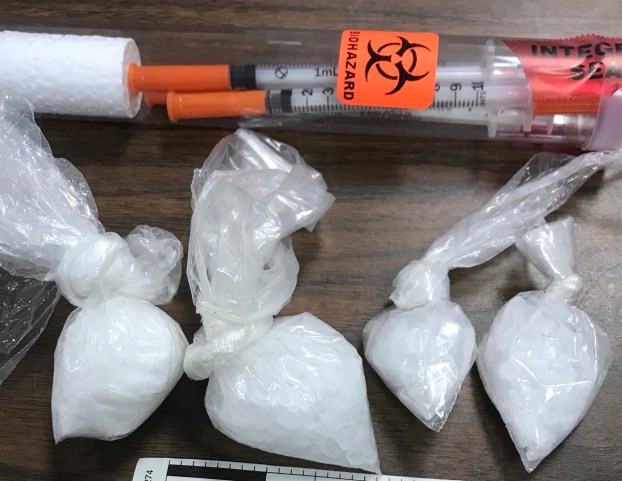 Authorities confiscated 52.5 grams of methamphetamine and bath salts, along with syringes and scales, from two suspects in Shelby on Feb. 18. (Contributed)

COLUMBIANA – Two suspects from Shelby were recently taken into custody on multiple felony drug charges after deputies arrived on the scene in response to a 911 call.

Jarrad Scott Willis, 27, and Kari Lynn Woods, 24, who both list the same address on Lakeview Court, were arrested by the Shelby County Drug Enforcement Task Force on Sunday, Feb. 18. Both suspects were charged with drug trafficking and possession of drug paraphernalia. 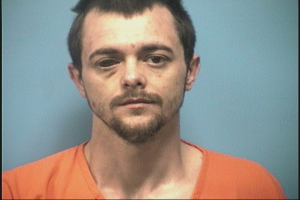 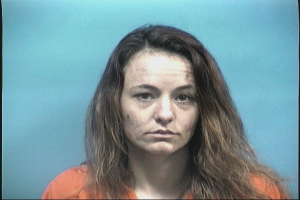 According to SCDETF Cmdr. Clay Hammac, police were responding to a report of an assault in the area at about 3 a.m. when they came in contact with the suspects.

According to court documents, Willis and Woods were discovered with 52.5 grams of methamphetamine and bath salts, as well as three used syringes and scales. Hammac said the combined street value of the drugs amounted to $6,500.

Drug trafficking is a Class A felony, which could carry a sentence of life imprisonment upon conviction. Possession of drug paraphernalia is a Class A misdemeanor.

As of Wednesday, Feb. 21, both suspects remained at the Shelby County Jail on bonds totaling $251,000 each. Both cases were assigned to Shelby County District Court Judge Daniel A. Crowson Jr., and no preliminary hearings have been scheduled.

Hammac thanked all of the officers involved in the arrest of the suspects and the seizure of the drugs.

“This was a good proactive and investigative effort by our on-patrol deputies,” Hammac said.

FROM STAFF REPORTS In 2011, Robin Hollingsworth was a rising administrator in Pelham schools, married and a mother to four... read more