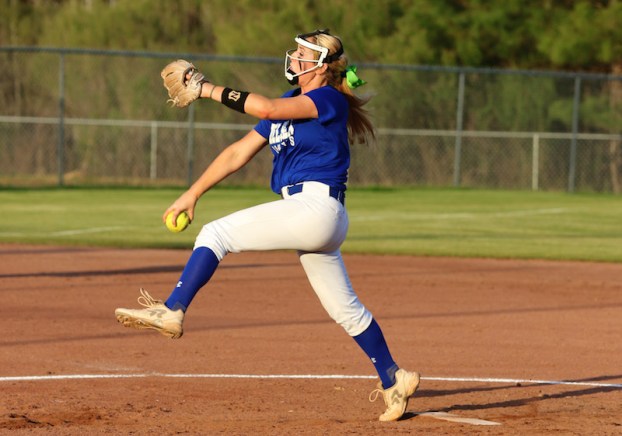 HOOVER – The Chelsea Hornets came up short of defending their state championship in softball during 2017 after winning the Class 6A title in 2016, but through one game of the 2018 season, Chelsea looks poised to make a run again.

The Hornets couldn’t have scheduled a tougher opening game as they hit the road to square off with Class 7A powerhouse and in-county foe Spain Park on Tuesday, Feb. 20.

Chelsea was able to start the season with a bang by not just taking down the Jags, but shutting them out to win by a final score of 3-0.

Neither team lit up the offensive side of things as two of the state’s best pitchers in Chelsea’s Sarah Cespedes and Spain Park’s Annabelle Widra were in the circle for their respective teams.

To put it into perspective on how tough of a matchup that was for each offense, Cespedes won the Shelby County Reporter’s Player of the Year Award in 2016, while Widra took home the honor last season.

It led to just eight combined hits between the two teams offensively, but the Hornets were able to capitalize on more opportunities after picking up five hits compared to the Jags’ three hits.

After a quiet first three innings that featured a combined three baserunners between the two teams, Chelsea finally got the first real opportunity of the game and the Hornets took advantage.

Chloe Eidon led the top of the fourth off with a single to put a runner on with no outs. After a Widra strikeout, Camryn Smith picked up a second single of the inning to put two runners aboard.

A double steal during Lexi Serio’s at bat moved both Eidon and Smith into scoring position. The aggressive decision ended up paying off as Eidon was able to score on an error by the catcher shortly after.

Smith advanced to third on that same error and came in to score after Cespedes hit an RBI single over the second baseman. Cespedes was thrown out at second to end the inning, but the damage had been done as the Hornets jumped on top 2-0 midway through the game.

Spain Park’s best chance came in the bottom of the sixth inning as Maddie Majors and Caroline Kendrick picked up back-to-back singles to put two runners on, including one in scoring position, with just one out in the inning.

Unfortunately for the Jags, a strikeout and a groundout followed to end the threat.

The Hornets added an insurance run in the top of the seventh when Natalie Romager drove an RBI single to right field to give Chelsea a 3-0 advantage heading to the bottom half of the final inning.

Cespedes was able to put Spain Park down in order in the inning with two strikeouts and one fly out to close out the 3-0 win for the Hornets.

Cespedes ended the night with a complete-game shutout to pick up the win. She allowed just three hits and two walks, while striking out 11 batters faced.

She along with Romager both went 1-for-3 at the plate with an RBI apiece.

By ALEC ETHEREDGE | Sports Editor MONTGOMERY – Darian Garrett, who hit a 3-pointer with .6 seconds left on the clock... read more