Weaver honored with ‘Power of One’ award 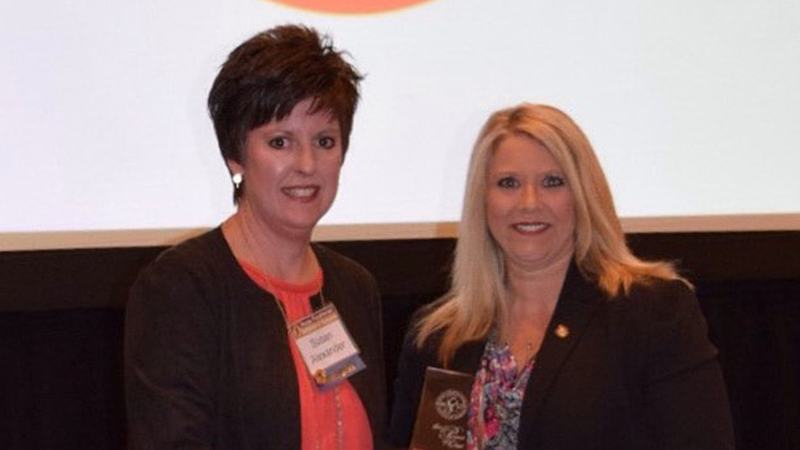 BIRMINGHAM – The Nurse Practitioner Alliance of Alabama awarded its highest honor, the NPAA Power of One award, to state Rep. April Weaver, R-Brierfield, during an award ceremony at the 11th Annual NPAA Conference in Birmingham.

nurse practitioners,” according to the organization.

“With the award, NPAA honors Rep. Weaver for having distinguished herself as an outstanding health care professional serving in the Alabama State Legislature,” read an NPAA press release. Weaver was first elected to the House of Representatives in 2010 and re-elected in 2014,

Alabama Gov. Kay Ivey recently appointed Weaver to the Alabama Opioid Overdose and Addiction Council and to her fifth term as a member of the Statewide Healthcare Coordinating Council, where she serves as chair of the Hospital Committee.

“We are extremely proud of Rep. Weaver for contributing to our profession over the years as

evidenced by her unwavering support of nurse practitioners in Alabama,” said NPAA President Robin Lawson. “Her hard work and dedication to improving healthcare for Alabama citizens is deserving of special recognition.”

NPAA is a professional organization representing the state’s nurse practitioners and students enrolled in nurse practitioner programs. The mission of NPAA is to “promote high quality healthcare for Alabama’s citizens.”

“As an organization, NPAA is committed to building partnerships within the health care

environment while advocating for NPs across the state of Alabama,” said NPAA Immediate Past-President Susan Alexander. “We applaud Rep. Weaver for her strong leadership and diligent efforts to improve health care in Alabama.”

Calera’s exciting season comes to an end in the…