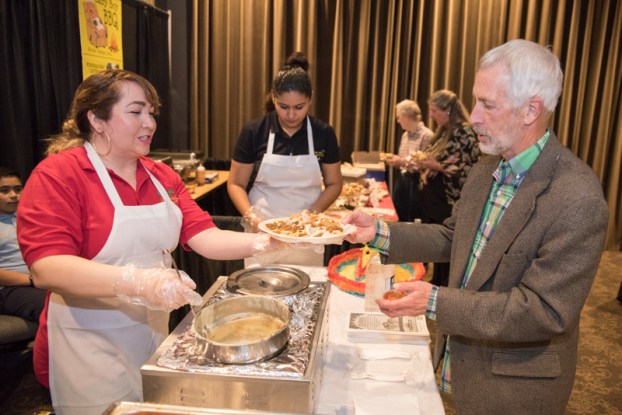 Cozumel Grill had plates of nachos with chicken and beef covered in queso at the 2017 Taste of Pelham. (File)

Taste of Pelham set for April 19

PELHAM – The Pelham Library Guild’s fifth annual Taste of Pelham has been set for Thursday, April 19, from 6-8 p.m. at the Pelham Civic Complex and Ice Arena.

The event will offer food and drink samples from local restaurants, caterers and beverage providers in the area. A total of 27 vendors from Shelby County and abroad will showcase two to three of their signature dishes.

The annual event usually draws hundreds of people to the Pelham Civic Complex.

The event serves as a way to raise money to furnish the city of Pelham’s new library. The guild has set a goal to raise a total of $300,000. So far, the guild has raised more $200,000 through various fundraisers.

The city’s new library is expected to be completed sometime in March.

Taste of Pelham tickets are $25 in advance or $30 at the door. Tickets are sold through Eventbright.com, at Pelham Public Library and Iberiabank, located at 2695 Pelham Parkway.

PELHAM – A 17-year-old female was killed in a two-vehicle wreck on Thursday, Feb. 22, on Interstate 65 South. Shelby... read more