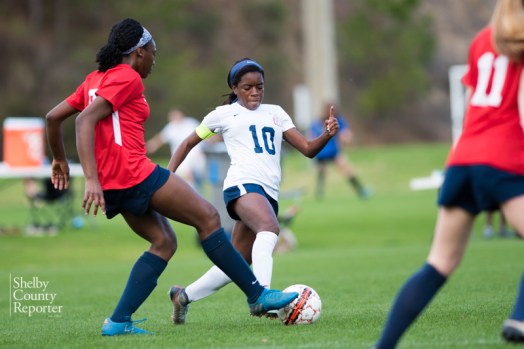 Hailey Whitaker had a hat trick along with Julia Pack in Oak Mountain's final game of the Lakeshore Shootout. It led to the Eagles winning the championship for the second year in a row. (Reporter photo/Keith McCoy) 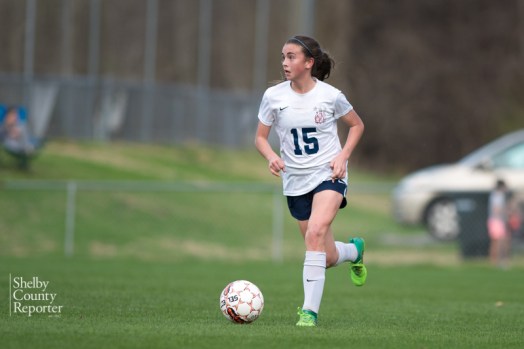 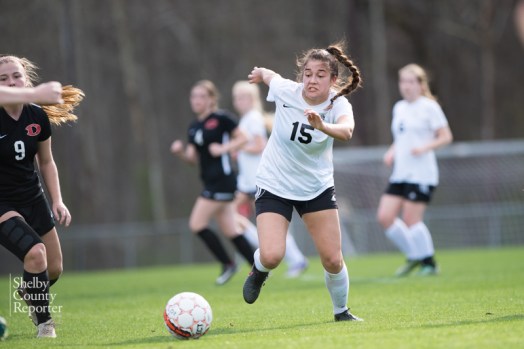 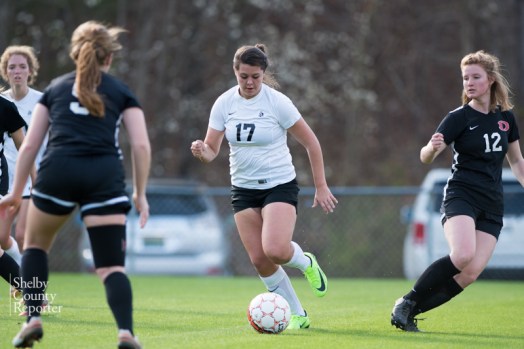 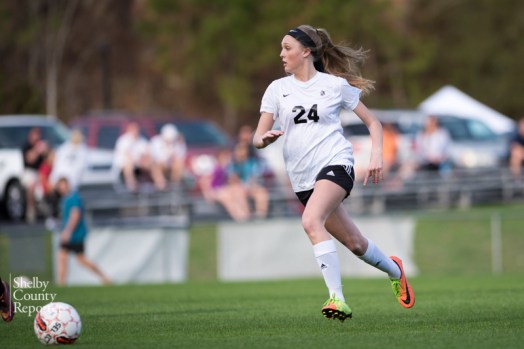 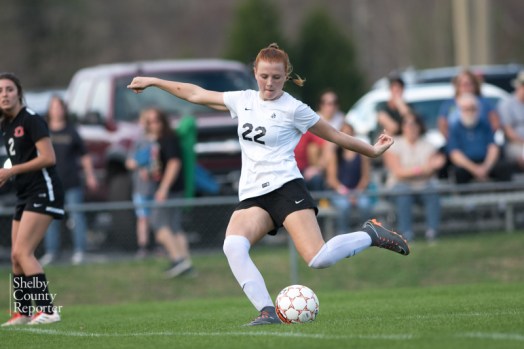 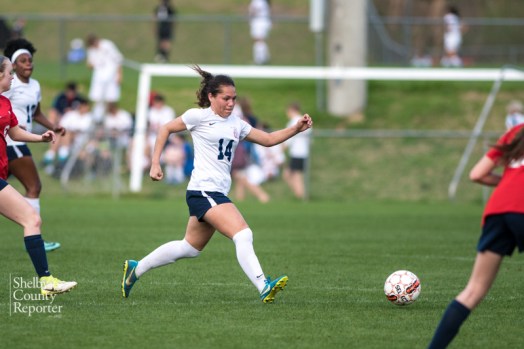 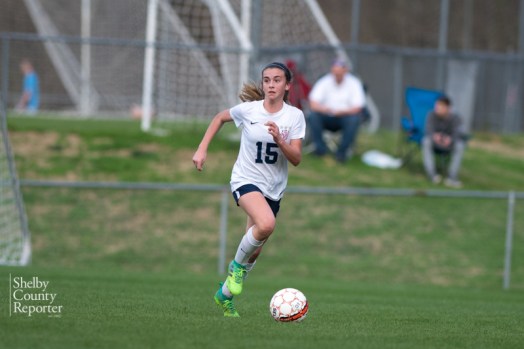 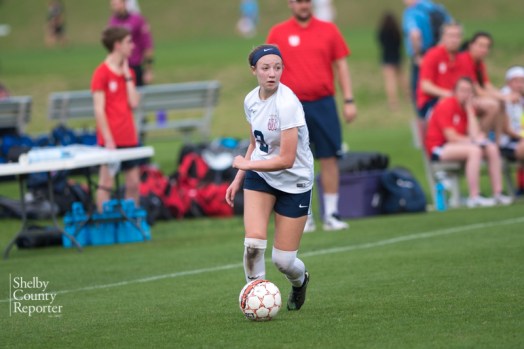 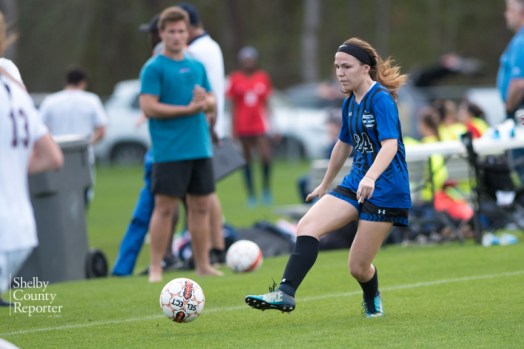 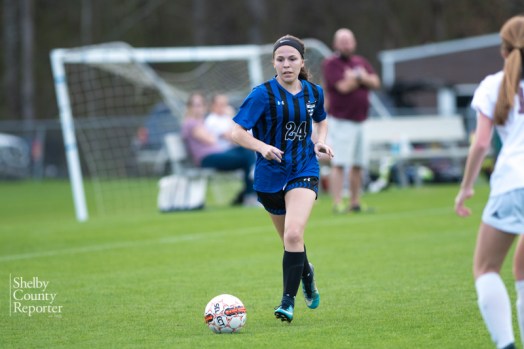 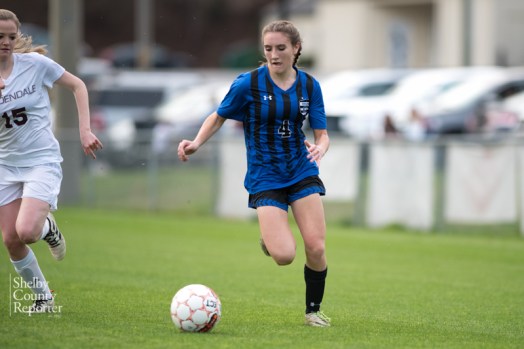 NORTH SHELBY – One of the most elite soccer tournaments throughout the year was in its second weekend of action as the girls took to the field on Friday, Feb. 23, and Saturday, Feb. 24.

The tournament not only featured four teams from Shelby County, but several of the state’s best girls soccer teams, which set up for two days of exciting competition.

In their first match of the tournament, Oak Mountain found itself up against a wall right off the bat against No. 9 Bob Jones.

The Eagles were unable to start their run at a repeat with a win as Bob Jones was good enough to play to a 3-3 tie, which gave each team six points on the 10-point scoring system.

While Oak Mountain was disappointed in its opening-game performance, the Eagles were fueled moving forward and it showed in the next matchup against Gardendale.

A fast start led to them beating Gardendale 9-0 to pick up 10 more points, which is the maximum amount of points using the scoring system.

With Bob Jones beating Chelsea by a final of 3-1, it gave the Eagles a slim 16-15 lead in the point category heading into each team’s final game the following day.

Both teams ended up handling business with ease in the final game as Oak Mountain took down Chelsea 8-1 and Bob Jones handled Gardendale 5-1.

It gave each team a total of nine points, making that second matchup of the first day vital as the Eagles’ one-point lead held steady on Saturday with 25 points to win the Gold Division by one point over Bob Jones.

In the win against the Hornets, Julia Pack and Hailey Whitaker both had hat tricks combining for six goals between the two.

The next highest finish behind Oak Mountain came from the Pelham girls, who strung together an impressive performance in the Bonze Division.

The Panthers started the tournament with back-to-back shutouts against Susan Moore and McAdory.

They added to that total in their second-to-last game of the tournament on Saturday with a 1-0 win over Tuscaloosa County to give them 28 total points heading into their final game against Mortimer Jordan.

Heading into the final game, the Blue Devils had 24 points, but hadn’t allowed a point the entire tournament. It was a winner-take-all scenario and in a thrilling matchup, Mortimer Jordan pulled off a 1-0 win to take home the Bronze Division championship.

The Westminster at Oak Mountain Knights also had an impressive showing by finishing second in the Silver Division behind Decatur. The Knights finished the tournament with a 0-0 tie against Decatur, a 4-3 win against Pell City and a 2-1 win against Spanish Fort.