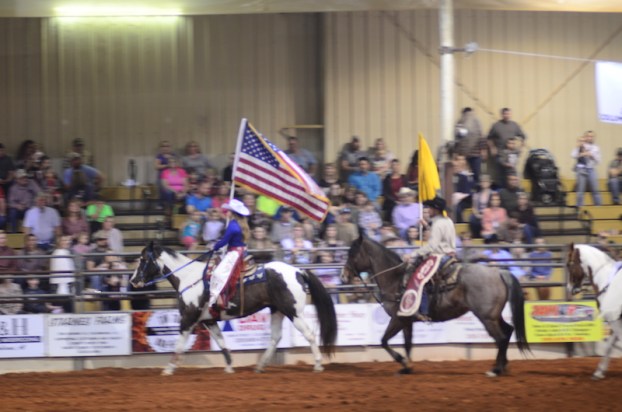 “We’ve got a lot of champion riders and some championship livestock from the Ken Treadway Rodeo Company,” Garrett said.

Garrett described the rodeo as a sporting event, where the athletes had to possess a unique set of skills.

“There are animals involved, and that’s a big difference,” Garrett said. “These athletes have to practice as much, if not more, than athletes who play ball.”

Garrett said the Cattlemen’s Rodeo offers an affordable way to have fun for families from all over.

“To me, it’s relaxing,” Garrett said. “This is just family fun, and it’s cheap entertainment compared to the price of a regular ball game.”

This is the second year that the Cattlemen’s Association held a rodeo for those with special needs. It was held at noon on Feb. 24, and was free to members of the special needs community and their families.

“The families don’t have many things to do, and a lot of these people are so stretched for money that they can’t really do much as a family,” Garrett said.

“The queens help support our association by promoting the agriculture parts of the world,” Garrett said.

Elizabeth Bridges and her mother, Tiffany, said they were enjoying their first time at the rodeo.

“I’m having fun riding and trotting the horses,” Elizabeth said. “My favorite event is barrel racing. I like to see them go out and really ride.”

Mayor Stancil Handley said he was proud to have the rodeo take place in Columbiana each year.

“We’re having fun and we’re ready for some good rodeo action,” Handley said. “We have people coming from all over Alabama, and they leave Columbiana with a good feeling.”

The majority of the funds raised by the Cattlemen’s Rodeo will benefit youth programs throughout the county.

“The youth are our future, whether they’re into agriculture or anything else,” Garrett said.