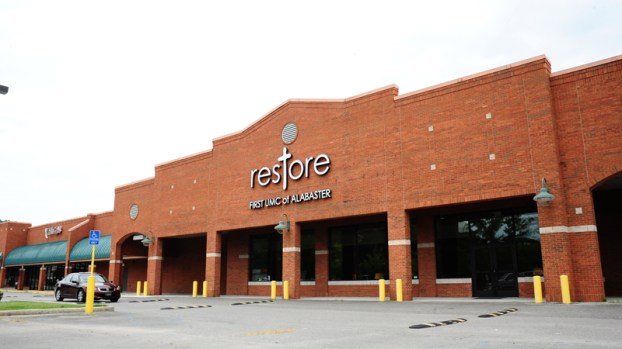 COLUMBIANA – Voting in Shelby County is undergoing some significant changes, as precinct changes and the purchase of tablets to be used at the polls were approved by the Shelby County Commission at its meeting on Monday, Feb. 26.

Manager of Community Services Reggie Holloway said the recommendations were due to overcrowding in some locations, inadequate parking, decrease in poll workers and the need for improved access.

-Redistributing some residents who vote at BlackWatch off U.S. 280 to North Shelby Baptist Church.

-Eliminating voting at Siluria Baptist Church and moving those voters to the Alabaster FUMC Restore facility.

-Eliminating voting at Maylene Pentecostal Lighthouse and Southside Baptist Church and moving those voters, along with some from First Presbyterian Church and Alabaster First United Methodist Church, to the Church of Jesus Christ of Latter-Day Saints in Maylene.

“The county will continue to grow, as you all know, and this will help to even us out a little bit,” Holloway said.

Voters affected by the changes will be notified.

Michael Brooks, pastor of Siluria Baptist Church, addressed the Commission in opposition to the changes, saying the church considers hosting voting to be a community service.

“I must say, we were disappointed because we’ve been doing this for a number of years,” Brooks said.

“It certainly is not a slight against any polling place,” he said about the changes.

In another decision related to elections, the Commission awarded a bid in the amount of about $171,000 to KnowInk for installation of an electronic poll book system.

The system will include tablets at polling places which can scan identification cards and provide information to the poll workers, replacing the system where poll workers checked voters’ names off a list.

About $150,000 will be provided from the county’s general fund IT capital project budget, while $25,000 of remaining state grant funds will be used to cover the bid items and purchase of 43 remote connectivity units to be used at each poll location.

Fuhrmeister said the system was piloted at a polling location during a recent election.

“Based on our experience, the sign-in process moved very quickly,” he said.

The system will store information about voters, which will help prevent crossover voting, in which a resident votes in either a Democrat or Republican primary but then “crosses over” to vote in a runoff for the other party.

“If there’s a runoff, the system will have in it whether a voter voted in the Republican or Democratic primary,” Fuhrmeister said.