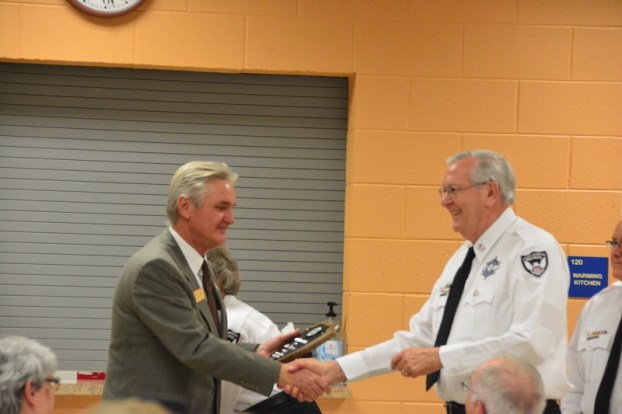 CHELSEA – Members of the Chelsea Citizens Observer Patrol were recognized for their service during 2017 at the organization’s annual Awards Banquet at the Earl S. Niven Community Center on the evening of Tuesday, Feb. 27.

“This is a great opportunity for us to get together and celebrate the milestones of our volunteers,” COP President David Cheek said.

According to Cheek, the Chelsea COP was first established in 1998, and has helped local law enforcement officers by directing traffic, working at public events and patrolling the city ever since.

During the banquet, guests heard a presentation from Johnnie Sharp Jr., the special Agent in charge of the FBI Birmingham Division. Sharp discussed his background in law enforcement and the goals of the FBI.

Sharp also stressed the importance of community involvement in public safety, and thanked the COP members for their dedication, volunteerism and “ongoing support of law enforcement.”

“What they do here in Chelsea and in Shelby County is because of people like you. We can’t do it without assistance,” Sharp said. “The COP wants what we want, to fight crime and protect the lives of the people in Shelby County.”

Members Alicia Johnson and Judy Cain were recognized for fifteen years of service.

Nine members earned Presidential Service Awards, which are based off of total volunteer hours since joining the program.

Chelsea Head Librarian was also awarded for her help in establishing the program nearly 20 years ago, and Carlos Sanders was named Rookie of the Year.

Member John Peacock was awarded the 2017 Volunteer of the Year Award.