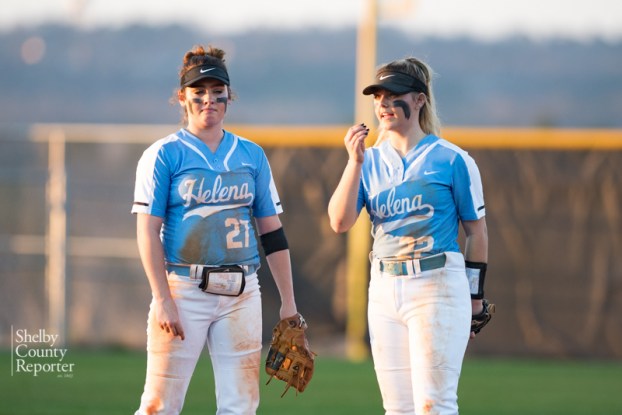 Helena went 4-1 the weekend of Feb. 23 to capture the Albertville Tournament championship. The Huskies combined solid hitting and great pitching to move to 6-1 on the season. (File)

ALBERTVILLE–The Helena Huskies softball team continued its hot start the weekend of Feb. 23 as the Huskies went 4-1 to capture the Albertville Tournament Championship.

The Huskies defeated Fort Payne twice, Gadsden City and Boaz and fell to Grissom to cap off the successful early season tournament win.

Below are recaps of each game.

For the third straight game to open the season, Helena scored more than 10 runs resulting in another 10-run rule to open tournament play.

The Huskies scored two runs in the first inning, three in the second inning and five runs in the fourth inning to get the win.

Helena took an early 2-0 lead after a Grace Robertson sacrifice fly and an RBI single by Wilson. This was followed up by a score on a passed ball and a two-RBI single by Katie Lively in the bottom of the second to make it 5-0.

Helena’s biggest inning came in the bottom of the fourth when Wilson capped off a five-run inning with a bases clearing double.

Avery Barnett was dominant in the circle for Helena as she pitched a 4-inning shutout and allowed just two hits. She struck out six batters on 59 pitches.

In game two of the tournament, Helena’s three-game streak of scoring more than 10 runs came to an end as Grissom defeated the Huskies 3-1 in four innings.

Helena got on the board first with an RBI single by Robertson but that was all the offense the Huskies could produce in a shortened game.

Grissom scored three runs in the bottom of the fourth on an infield hit and two RBI singles to make it 3-1.

It doesn’t get any better than pitching a perfect game as a pitcher, but that’s exactly what Helena’s Avery Barnett did in the Huskies Feb. 24 game against Gadsden City.

Barnett allowed zero runs and zero hits in five innings to puzzle the Titans at the plate. She also struck out eight batters on just 60 pitches to pick up the win.

Barnett would get run support from her teammates in the top of the fifth inning as the Huskies scored four runs to pull away for good.

Leading 1-0, Helena needed a few more insurance runs and got the inning started with a leadoff double from Peyton Wilkins. Three batters later, Gregg would hit an RBI single to score Wilkins to make it 2-0. This led to three straight runs scored on another RBI single, an infield RBI single and a triple by Lively to make it 5-0.

Lively went 3-for-3 for Helena with one run and two RBIs to lead the Huskies at the plate.

After scoring one run and five runs in their last two games, Helena’s offense exploded once again as they shutout Boaz while collecting 14 runs on 13 hits.

Lively, Robertson, Gregg and Handley all finished with multi-hit games. Gregg led with four RBIs followed by Lively with three and Robertson and Kelsi Bargman with two apiece.

Helena’s biggest inning came in the top of the first by scoring five runs. The inning was highlighted by Lively hitting a three-run home run to score Handley and Robertson. Gregg would later hit an inside-the-park homerun to score the final two runs of the game.

Just as they opened the tournament, Helena 10-run ruled Fort Payne in the championship game to take home the first place trophy.

The Huskies scored at least one run in all five innings and finished with 18 hits.

Helena had six players apiece finish with multiple hits and multiple RBIs in the game as they continue to swing hot bats.

The Huskies started the game scoring five runs as Lively hit an RBI-single, two runs scored on an error and Tori White hit a two-run home run to make it 5-0. Helena would take advantage of six Fort Payne errors in the game.

This set the tone as Helena scored 11 runs over the next four innings to get the win.

In the circle, Barnett picked up her third straight win after pitching three innings to scatter five hits while allowing no runs. She struck out six Fort Payne batters.

With the tournament win, Helena improved to 6-1 on the season.