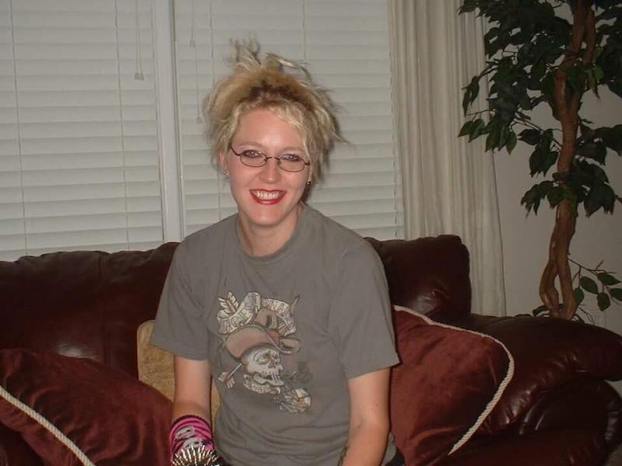 ‘She was a good person’: Layla Blizzard missing for almost a decade

LEEDS – Kaitlyne Blizzard and her sister were only 13 and 6 years old when their mother disappeared in 2008. No one in their family has seen or heard from her since.

Layla Dawne Blizzard was last contacted on Nov 13, 2008. According to investigators, that was the day her family received their last phone call from her. She was last seen at her residence at the 11200 block of Shelby County 41 in Leeds. She was 32 at the time of her disappearance.

It wasn’t until Jan. 21, 2009, that a police report was filed. Layla’s brother and sister-in-law, David and Leigh Blizzard, filed the report from their home in North Carolina. Leigh Blizzard said she became concerned after she had received no contact from Layla Blizzard in the past two months.

“I always sent Christmas gifts to the girls, and her present came back,” Leigh Blizzard said.

Kaitlyne Blizzard said her last memory of her mother took place in November, shortly before she was last seen.

“My grandfather and I were getting her from the Subway in Moody where she worked. He took us to Walmart, and we were looking at random stuff. One of the Tinkerbell movies had just come out, and I remember she bought that,” Kaitlyne said. “Everything was fine. Nothing was out of place.” 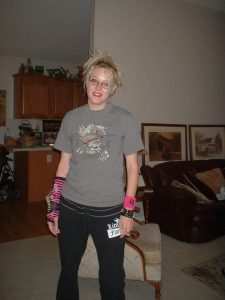 Blizzard is described as a Caucasian woman with blonde hair and blue eyes who stands at about five feet and eleven inches. (Contributed)

Looking back, Kaitlyne Blizzard said she wished authorities had been notified much earlier.

“Something wasn’t done ahead of time,” Kaitlyne Blizzard said. “It’s really hard for the police to do anything until it was too late.”

Throughout her life, Layla Blizzard struggled with an addiction to prescription medication and some heavier substances, on top of possibly dealing with mental health issues. Kaitlyne Blizzard said her mother did not have custody of either of her children, and would frequently meet and move in with different men.

“She would be living with us for a couple of months, essentially getting herself clean, and then she would move out with a new guy she was talking to,” Kaitlyne Blizzard said.

“Her lifestyle is a part of this investigation that’s been explored and that needs to be further explored,” Shelby County Cold Case Investigator Roger Beaupre said.

Layla Blizzard had been living in a house in Leeds with a man since September of 2008 when she vanished. Family members and investigators are unsure of the nature of her relationship with her housemate. Police found the house unoccupied when they went to check up on her. Leigh Blizzard said none of her personal belongings were found.

Authorities tracked her housemate down in Huntsville, where he told them that Layla Blizzard had moved out.

Kaitlyne Blizzard said investigators had given polygraph tests to Layla Blizzard’s first ex-husband and father, but the housemate had refused.

“I wish I knew more about him, but at this point, I don’t know if I’ll ever get that,” Kaitlyne Blizzard said. “He’s just this mysterious person who nobody knows.”

In recent years, investigators said they are now looking to interview additional people who may have been involved in the case.

Shortly before she disappeared, however, both Leigh and Kaitlyne Blizzard received handwritten letters from Layla Blizzard. In Kaitlyne Blizzard’s letter, Layla Blizzard told her about how she was trying to get a new job and was planning to go to the hospital to seek treatment for a spider bite. In Leigh Blizzard’s letter, she spoke about how well her new housemate treated her and how she was planning to cook him a Thanksgiving dinner and move into an apartment with him.

“She was planning for the future and talking about how great this guy was,” Leigh Blizzard said

Kaitlyne Blizzard said the family believes her mother is no longer alive, and her body was disposed of after she died of a drug overdose.

“I think that scared him, and all he thought to do was run,” Kaitlyne Blizzard said. “My mom wouldn’t go a week without calling. It’s been 10 years, she would at least come around to ask for money by now.”

Kaitlyne Blizzard said her contact with the authorities assigned to Layla Blizzard’s case has been limited. A detective from the Cold Case Squad contacted her when she was a teenager to take DNA samples from her and her grandfather. Shortly after, authorities asked her if Layla Blizzard had mentioned anything about going to Talladega. She hadn’t.

“The good thing about my mom is that she did tell me a lot,” Kaitlyne Blizzard said.

“We’re concerned about the fact that she hasn’t reached out to her children and the likelihood of her just dying at that age is slim,” Investigator Larry Strayer said.

Investigator Jim Dormuth said the Shelby County Sheriff’s Office held interviews with people from out of state and conducted searches using its canine unit during the initial investigation.

“When it was first brought to Shelby County’s attention, a lot of resources were dedicated to finding her, hopefully alive,” Dormuth said.

Because of her mother’s issues with drug addiction, Kaitlyne said she felt as if some of the police originally assigned to the case did not take the situation as seriously as they should have.

“I hate to say it, but I don’t think the police take as much consideration when drugs are involved,” Kaitlyne Blizzard said. “I got that it had been two months, but I feel like they could do a little more.”

In the years leading up to her disappearance, Kaitlyne Blizzard said Layla Blizzard had gone through several difficult and traumatic events that might have contributed to her drug problem.

“My mom did love us. At the end of the day, she did care about us, but with all of the stuff that had happened, she was just kind of broken,” Kaitlyne Blizzard said.

Investigators said they believe Adkins may be able to help move them further along in the case, and are hoping he will contact them.

“He could probably assist in filling in a lot of information,” Beaupre said.

After her separation from her husband, Layla Blizzard became involved in a relationship with a man who later committed suicide. Kaitlyne Blizzard said her mother was the one who found his body.

“When that happened, it put my mom in a really dark place,” Kaitlyne Blizzard said. “I think it had a lot to do with the changes over the past few years. Through my eyes, she was getting over that, but it was continuing to get worse and worse.”

The tragedy was then followed by a cancer scare, and an arrest, in which Layla Blizzard was charged with drug possession and theft.

“When it happened, I was forced to grow up right then and there. It’s been kind of an out-of-body experience. There are times when I almost feel like I’m watching this happen to someone else,” she said. “It’s taken me a long time to be able to deal with it outside of myself.”

She said she has especially struggled with the lack of closure that she and her family have gotten from the situation. The family has not had her declared legally dead or had any sort of funeral or memorial service.

“This isn’t the same as death. With death, you have the opportunity to grieve properly. With this, you don’t get to grieve because you don’t have any answers,” Kaitlyne Blizzard said. “One thing that helped me cope was watching other stories like this, and talking with other people who have had a loved one go missing.”

Despite the mistakes she made throughout her life, Layla Blizzard is still deeply loved and missed by her family. Kaitlyne Blizzard said they hope to one day know what happened to her.

“My mom was a very lovable person. She had the nicest personality, but she was troubled. She had a lot of heartache, and it led her down the wrong path,” Kaitlyne Blizzard said. “Ultimately, she was a good person.”

Despite not being related by blood, Leigh Blizzard said she considered Layla Blizzard a sister. Each year, on Oct. 22, Kaitlyne Blizzard and her sister celebrate their mother’s birthday by exchanging gifts.

“Even though we lived far away from each other, we still talked a lot,” Leigh Blizzard said.

“Layla loved fairies,” Leigh Blizzard said. “That was her thing.”

“She was most at peace when she was writing,” Kaitlyne Blizzard said.

The Cold Case Squad is asking for help from anyone who may have known Layla Blizzard or have any information on her whereabouts or the circumstances behind her disappearance. The Shelby County Sheriff’s Office can be contacted by calling 669-4181 or online at Shelbyso.com.

Kaitlyne Blizzard said she wants to keep her mother’s memory alive, and is also inviting anyone who knew her to reach out.

“We do still have hope, and if anybody out there knows anything, even if it’s not about this and they just knew her, I want to talk to them,” Kaitlyne Blizzard said.

Dr. Myra Crawford has lived about half a mile from the Cahaba River for about 50 years. Crawford and her... read more