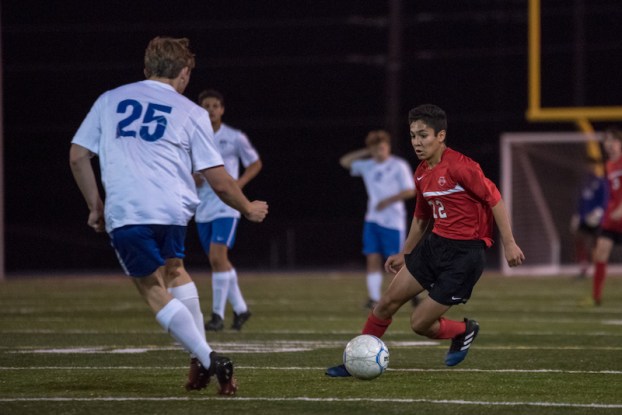 Thompson's boys and girls have both had difficult schedules to start the 2018 season and are in the midst of an important stretch with area games on the horizon. (File)

While neither team is ranked inside the Class 7A top 10, both the Thompson boys and girls soccer teams are off to nice starts despite being in the midst of a tough stretch of their early-season schedule.

The boys have won five of their last six games with that lone loss coming in a shootout against the Spain Park Jaguars in the semifinals of the Island Cup tournament in Gulf Shores.

While Spain Park went on to win the championship of the tournament, the Warriors have responded with two consecutive wins since—a 3-0 win over Calera and a 2-0 win over McGill-Toolen.

In the first of those two games, Cole Hadley posted two goals, while Ryan Pope added one of his own to lift the Warriors to victory and continue their strong play.

That success continued in the win over McGill as Hadley added his third goal in two games and Kenny Rodriguez fired in a penalty kick to give Thompson a 2-0 win.

It marked the second consecutive shutout for the Warriors, who have given up one goal or less in six of their nine games this season. Those two shutouts were the first two of the season as the defense is starting to play up to its potential.

The Warriors are now 6-2-1 on the season with wins over Helena, Gadsden City, Huntsville and Sparkman, in addition to those last two wins.

Thompson’s boys now have Vestavia, Spain Park and Hoover on their schedule between March 8 and March 20. The games against the Rebels and the Buccaneers will both be important area contests.

The girls are off to a slower start at 3-5, but their schedule has been one of the most difficult in the state to start the season.

Through those eight games, the Warriors have played six top 10 teams.

After a 2-1 loss to No. 10 Auburn High School thanks to a game-winning penalty kick from the Tigers, Thompson responded with a big win over 6A No. 3 Chelsea with a 3-0 shutout performance.

Peyton Poe led Chelsea with her second penalty kick goal in as many games, while Melanie Brannan and Mary Katheryn Grill both scored goals for the Warriors as well.

It won’t get much easier for the girls as they host Vestavia on March 6, before hitting the road for five straight games, including three straight against ranked teams.

Two of their next four games will also be area games against the Rebels on March 6 and the Hoover Buccaneers on March 16.

By ALEC ETHEREDGE | Sports Editor HOOVER – The Thompson softball team has one thing on its mind in 2018, winning... read more