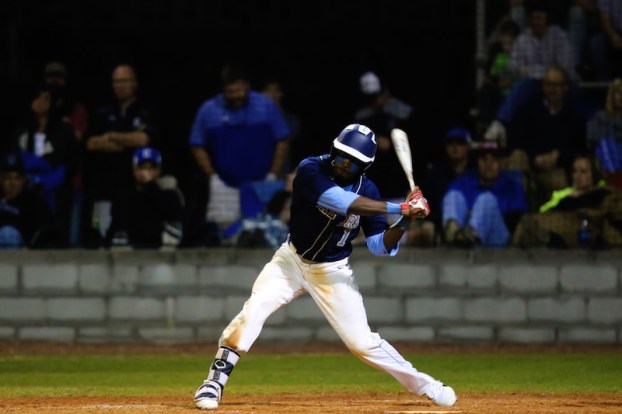 Calera put up 13 runs offensively against Shelby County on Tuesday, March 6, to move to 8-1 on the season. (File)

CALERA – The Calera Eagles’ baseball team came into 2018 as a strong contender in the 5A classification with the return of several top pitchers to their rotation and some of their biggest offensive threats.

Through five games, the Eagles looked like a team ready to contend for a title this season as they started the year with a 5-0 record. On Saturday, Feb. 27, however, the Pelham Panthers gave Calera its first loss of the season with a final score of 4-2.

Since that loss, the Eagles have rebounded with three consecutive wins, including a 4-3 redemption win over the Panthers in their next outing. That was followed by a 5-4 victory against the Vestavia Hills Rebels in eight innings.

Most recently, Calera picked up a 10-run rule win against county foe Shelby County by a final of 13-3 on Tuesday, March 6, to improve to 8-1 on the season.

The Eagles were able to take advantage of their offense to lead them to victory as they scored 12 runs in the first three innings of the game thanks to three in the first, six in the second and three more in the third.

After a 1-2-3 inning defensively in the top of the first, Calera came to the plate and started off with a bang.

The Eagles started the inning with back-to-back singles from Kevin Dowdell and John Ellison to put runners on the corners with no outs.

Tyler O’Clair then stepped to the plate and ripped a line drive to right field that he was able to leg out for a triple to bring both Dowdell and Ellison in to score for the early 2-0 lead.

A fourth straight hit to start the inning came from Graham Blankenship when he drove another line drive to right field that allowed O’Clair to cross the plate for the third and final run of the inning.

After another strong inning defensively, Calera picked up right where it left off in the first inning by driving in six more runs in the bottom of the second.

The Eagles used three singles, two doubles and two walks to bring home all six runs and take a commanding 9-0 advantage through two innings of play.

Shelby County finally put some offense together in the top of the third inning thanks to singles from Jordan Deaver, Tre Aderholt and Wyatt Miskelly. Those three helped the Wildcats score two runs in the inning to at least cut into the deficit.

Calera’s offense wasn’t done adding to its lead, however, as the Eagles cushioned their lead in the bottom of the third.

A single and an error to start the inning allowed Ellison and O’Clair to reach base. After a fly out, Mason Blankenship doubled, Christian Hall singled and Jacob Smith hit into a fielder’s choice groundout to bring in three runs to give Calera a 12-2 lead.

Thanks to two doubles in the top of the fourth inning from Kaden Cardwell and J.T. Pennington, Shelby County was able to add one more run to cut the deficit to 12-3.

Calera, however, added one more run in the bottom half of the inning to take the 10-run lead—a lead that held up after closing out the game in the top of the fifth.

O’Clair and Mason Blankenship led Calera at the plate. O’Clair finished the game going 3-for-4 with two RBIs and three runs scored, while Blankenship was 2-for-3 with three RBIs and two runs scored.

Butterworth also got the start on the mound and gave up six hits and two earned runs, while striking out five. Chris McGibboney picked up a save by striking out three to close out the final inning.

Miskelly led the Wildcats by going 2-for-2 at the plate, while five different players picked up a hit.

By ALEC ETHEREDGE | Sports Editor Both Chelsea soccer teams are playing well early in the 2018 season, but on... read more