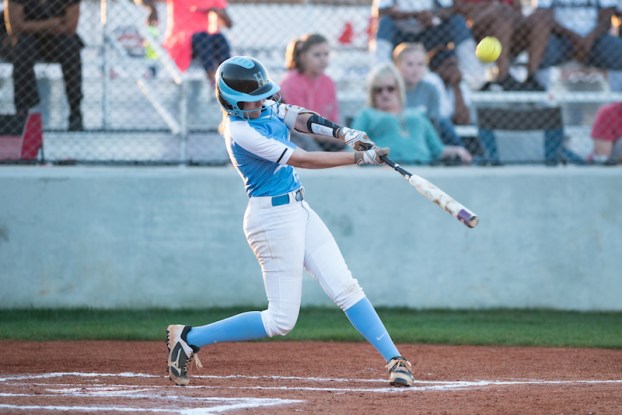 Softball has always been strong in Shelby County, but early in the 2018 season it has been especially impressive and that showed on Monday, March 5, and Tuesday, March 6, as only one team lost between the two days.

Below is a recap of all of the action from early in the week as we are now in the thick of the spring season.

Oak Mountain picked up right where it left off in the Jag Classic on Tuesday, March 6, as they scored 16 runs to not just dominate Mountain Brook, but pick up the first area win of the season.

Clara Fuller was locked in in the circle, tossing all five innings and allowing just one earned run, while striking out two batters.

Cassady Greenwood led the Eagles at the plate going 3-for-3 with four RBIs and one run scored. Tori Martin went 3-for-4 with two RBIs and two runs scored.

Thompson has now lost back-to-back games after losing to Hillcrest 3-1 on Tuesday, but the Warriors are still 10-3 overall this season.

Thompson allowed all three runs in the first and second inning, before attempting a comeback in the top of the third. Unfortunately, the Warriors were only able to bring home one run in the inning.

Bailey Whitfield went all six innings and gave up six hits and three runs, while striking out six. Five different Thompson players picked up a hit in the game.

The Helena Huskies’ softball team picked up a strong 10-5 win on Monday, March 5, by taking down Brookwood 10-5.

Helena scored six of its 10 runs in the first inning, which was already enough to win the game.

Brookwood scored one run in the fourth and three in the fifth to make the score 7-4 after five innings, but the Huskies added three runs in the bottom of the sixth to seal the game.

Avery Barnett and Katie Lively combined to hold Brookwood to five runs in the circle. Barnett picked up the win after pitching the first 5 1/3 and allowing no earned runs and striking out four.

The Shelby County Wildcats have their offense rolling early in the 2018 season. With their 20-3 win over Fayetteville, the Wildcats have wins of 17-1, 11-1 and 20-3 on their resume.

The Montevallo Bulldogs picked up their second win of the season and their first road win on Tuesday by taking down Verbena 5-3.

Allie Tyron led Montevallo at the plate going 2-for-3 with two RBIs, while Georgia Hughes, Candace Underwood and JazmineDavis all had RBIs as well.

Hayden Dennis pitched all seven innings in the circle and had a stellar showing. She not only allowed just two hits and two earned runs, but totaled 12 strike outs in the win.

Shelby County has several good softball teams this season, but Vincent is the only one still undefeated. After a 16-1 win over Winterboro, the Yellow Jackets are now 6-0 on the season.

Vincent scored two runs in the bottom of the first, eight in the third and six in the fourth to pull off the mercy-rule win.

Sam Walker led the team at the plate going 1-for-3 with three RBIs and one run scored. Charity Robertson, Maddy Walker and Katie Vazquez all had two RBIs as well.

Walker also got the win in the circle with an impressive outing that featured 12 strikeouts and giving up two hits.

By ALEC ETHEREDGE | Sports Editor We are now close to a month into the baseball season meaning it is... read more