COLUMBIANA – A Shelby County Circuit Court judge has ordered an arrest warrant for a 41-year-old Alabaster man facing child sex abuse allegations after the suspect allegedly failed to appear in court for his trial on March 5. 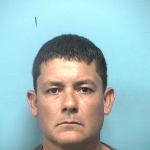 Roberto Grimaldo Villalobos, who lists an address on Simmsville Road in Alabaster, was set to stand trial on one felony count of sexual abuse of a child younger than 12 on March 5, according to court records.

On March 6, Judge William Bostick ordered Villalobos be rearrested and held without bond after the suspect “failed to appear March 5, 2018, after due notice.”

The Alabaster Police Department arrested Villalobos on Aug. 12, 2013, and charged him with one felony count of sexual abuse of a child younger than 12 after the victim’s mother reported her child had allegedly been molested by the suspect.

A Shelby County grand jury indicted Villalobos on the felony charge in June 2014, and his case was declared trial-ready on Nov. 3, 2014, according to court documents.

Villalobos was released from the Shelby County Jail on Feb. 28, 2016, after posting a $30,000 bond. Before posting bond, Villalobos had remained in the county jail since his 2013 arrest.

Once Villalobos is rearrested, he will be held in the Shelby County Jail without bond, at which time his trial date will be re-set.

COLUMBIANA – The Alabama Scenic River Trail will soon include three stops in Shelby County. At its Feb. 26 meeting,... read more