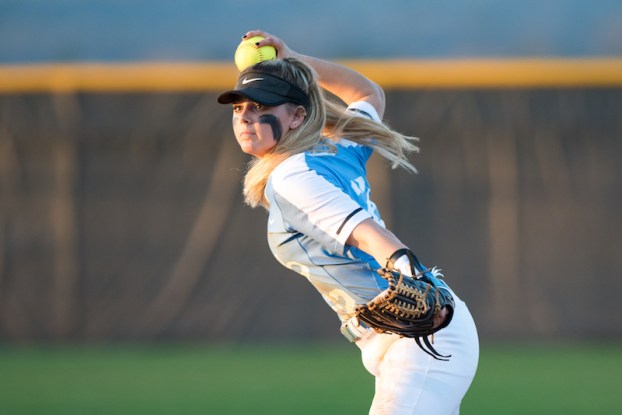 The Helena Huskies' softball team moved to 1-0 in area play after shutting out Pelham 6-0 on Wednesday, March 7. (File)

HELENA – After starting the season 8-1, the Helena Huskies’ softball team lost back-to-back games to Hayden and Hueytown, but has responded in a big way with two consecutive wins against Brookwood and Pelham.

The second of those two wins, a 6-0 shutout against the Pelham Panthers on Wednesday, March 7, was slightly bigger as it marked the first area win of the season for the Huskies, who moved to 1-0 in Class 6A Area 8.

With just three teams in the area and only two of those three making it to the postseason every area game is of the utmost importance.

The Huskies used a fast start to take control of the game early as they scored five combined runs between the first and second inning to take a quick 5-0 lead, which was more than enough for starting pitcher Avery Barnett.

In the bottom of the first inning, Helena used three consecutive singles from Chaney Handley, Grace Robertson and Katie Lively as well as a double from K.K. Wilson to bring home three runs for the early 3-0 advantage.

After a 1-2-3 inning from Barnett and the defense, the Huskies added to their lead quickly in the bottom of second when Megan Fortson blasted a ball over the center field wall for a solo lead-off home run.

Helena added one more run in the inning after a passed ball allowed Kelsi Barman to cross the plate to give the Huskies a 5-0 lead through two innings of play.

Neither team really threatened the rest of the way, but the Huskies were able to add one more run in the bottom of the fourth on a wild pitch that allowed Handley to score Helena’s sixth and final run of the game.

Pelham was able to put five base runners aboard throughout the next three innings, but were unable to bring any of them home as they left nine runners on base during the game.

Helena actually left one more runner on base than the Panthers showing they could have scored even more than they did.

Robertson led the way at the plate for Helena going 2-for-4 with an RBI and a run scored. Wilson picked up two RBIs in the game, while Forston finished 1-for-2 with her home run as well as a walk.

Barnett went six of the seven innings in the circle and allowed four hits, while striking out seven. Peyton Doriety got the save by pitching the final inning of the game.

Emily Shirley led Pelham by going 2-for-3 at the plate with a double, while Hannah Pritchett was 2-for-4.

Brianna Copeland came in as a relief pitcher early in the game, but ended up allowing just one unearned run and striking out seven batters.

By ALEC ETHEREDGE | Sports Editor Softball has always been strong in Shelby County, but early in the 2018 season... read more