The perfect symbol of spring

While passing the American Village these days, you will notice banners announcing the second annual Tulip Festival. In November, an additional 25,000 bulbs were added to the 75,000 planted for the inaugural 2017 season, so the event promises to be even bigger, better and more colorful than before. And, who doesn’t love a brightly colored tulip around this time of year? Their appearance during the dreary, cold days of late winter seems to breathe a promise of spring.

Once, however, tulips meant much more than just a colorful respite from winter and were worth far more than the dollar you will spend for one at the American Village. The history of this lovely bloom is far more lively and interesting that you might think. Imagine thievery, intrigue, fortunes made and fortunes lost, vows of love and lives ruined. And if you think of Holland as their original home, then you don’t know your tulips. 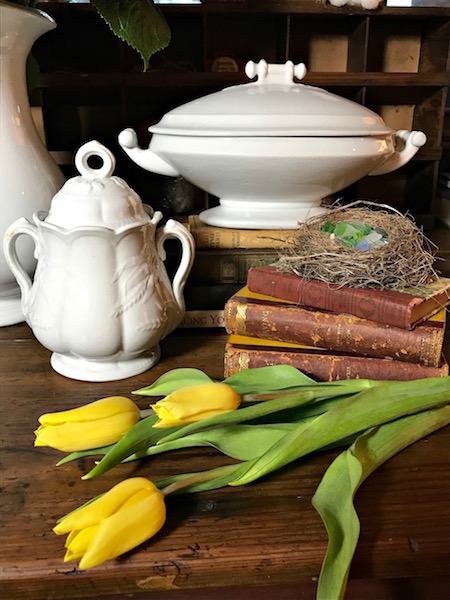 Once the prize of kings and queens, today’s tulips are available to all as the perfect symbol of spring. (Contributed)

Tulips have grown in parts of Asia for thousands of years. However, it was in the original Ottoman Empire, now Turkey, where the first bit of “tulip mania” occurred in the 1500s. Originally, they were cultivated only for the Sultan and his household. Anyone else caught with a bloom, seeds or a bulb faced severe punishment. The curvaceous shape and deep red of the first cultivars were prized above a man’s life, but they proved to be such a perfect symbol of love that many risked all to procure one. As the ultimate symbol of wealth and prestige, they became difficult to keep under the thumb of the Ottomans.

Tulips’ fame and the fortunes associated reached the ears of those in Europe somewhere in the late 1500s and the first seeds were smuggled to Clusius – the person in charge of the Royal Medicinal Gardens in Prague. Under religious persecution, Clusius fled in 1593 and took with him his prized tulip seeds and bulbs. Thus, tulips arrived in Holland. But, Clusius was not someone who shared easily. Since there was money to be made, his garden was regularly vandalized at night and the bulbs taken and sold on the black market. As their popularity spread, their scarcity caused them to be a favorite of the very rich and powerful. In fact, mirrors were often placed in greenhouses so that it looked like there were many more planted than were actually there.

Financial speculation on tulips began, and by 1634 prices skyrocketed as tulip fever seized the Dutch. An exotic bulb could cost more than a fashionable home or more than 15 times the annual salary of a skilled laborer. Used as a form of currency, they made many rich. But, the bubble burst in 1637 devastating the Dutch economy and all of those heavily invested in it.

Fortunately, today you won’t need a king’s ransom to enjoy the blooms during the Tulip Festival, which runs to April 7. And, although they no longer symbolize wealth and prosperity, they still most perfectly symbolize spring.

By RENE’ DAY / Community Columnist Citizens living in Alabaster and traveling regularly along Alabama 119 have witnessed a lot... read more