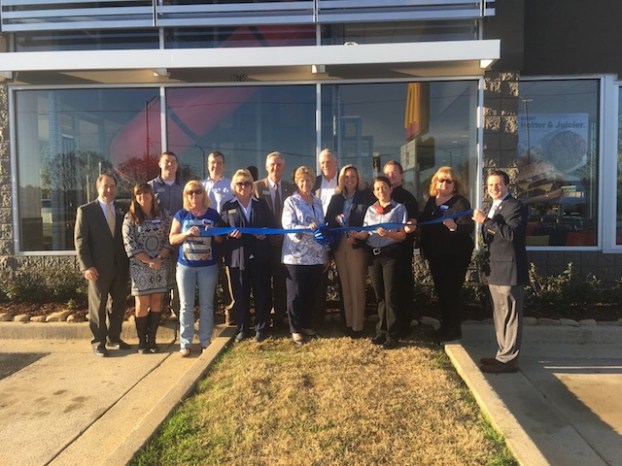 Owners Jim, Cathy and Jamie Black cut the ribbon at the re-opening of the Chelsea McDonalds. (Reporter photo/Amalia Kortright)

CHELSEA – The McDonald’s on US 280 in Chelsea commemorated its grand re-opening after weeks of renovations at a ribbon cutting ceremony hosted by the Chelsea Business Alliance on Tuesday, March 6.

Owner Jim Black said the renovations came as the result of an effort to improve the appearance of the restaurant while making the service more efficient. Guests can now order via kiosk or phone app, and a larger playground was added for kids.

“The CBA is certainly happy to have McDonald’s as our newest member,” Thomas said.

The Chelsea McDonald’s first opened in 2001. Black and his wife, Cathy, along with their daughter, Jamie, currently own 11 McDonald’s franchises in the Birmingham, Oxford and Anniston areas.