COLUMBIANA – A Columbiana man was arrested and booked into the Shelby County Jail on multiple drug-related charges on Wednesday, March 7.

Benjamin Donald Robinson, 45, who list an address on Egg and Butter Road, was arrested by the Shelby County Drug Enforcement task force and charged with unlawful possession of a controlled substance with intent to sell, possession of drug paraphernalia and public intoxication. 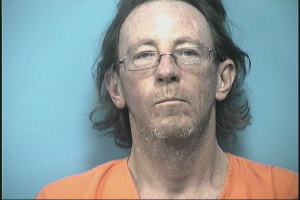 According to his arrest warrants, Robinson was allegedly found in possession of 3.25 grams of heroin, along with syringes, scales and a soda can for the [purpose of “injecting, weighing and inhaling a controlled substance,” on the day of his arrest.

Unlawful possession with intent to sell is a Class B felony, which can result in a prison sentence of two to 20 years upon conviction. Possession of drug paraphernalia is a Class A misdemeanor.

As of Friday, March 9, Robinson remained in jail on bonds totaling $31,000. His case was assigned to Shelby County District Court Judge Daniel A. Crowson Jr., and the date for his preliminary hearing had not been scheduled.

By ALEC ETHEREDGE | Sports Editor BIRMINGHAM – It’s been an up-and-down season through nine games for the Pelham Panthers’... read more